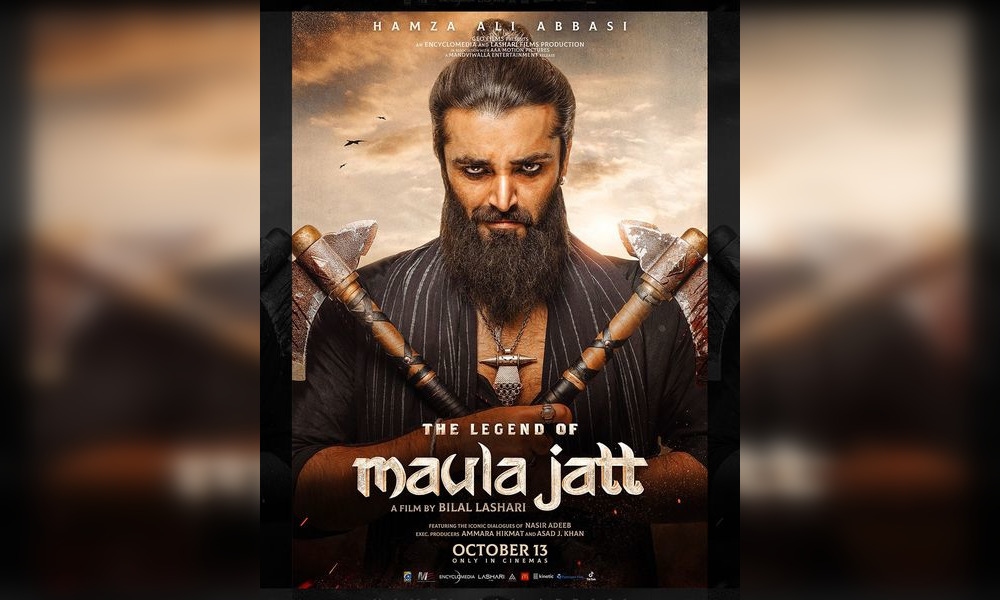 The Legend of Maula Jatt has created a lot of buzz since its announcement and now, with under a month away, anticipation is building amongst the audience. The makers recently shared a brand-new character poster featuring Fawad Khan in character as Maula Jatt and now have released a new character poster of Hamza Ali Abbasi as Noori Natt.

The film is produced by Ammara Hikmat under the joint venture of Encyclomedia and Lashari Films in partnership with AAA Motion Pictures and is directed by Bilal Lashari.  Nadeem Mandviwalla of Mandviwalla Entertainment, who is renowned for his contribution to cinema, oversees distribution. Moviegoers Entertainment will release the film internationally.

The Legend of Maula Jatt will premiere in theatres on October 13th.

Watch the official The Legend Of Maula Jatt trailer here: