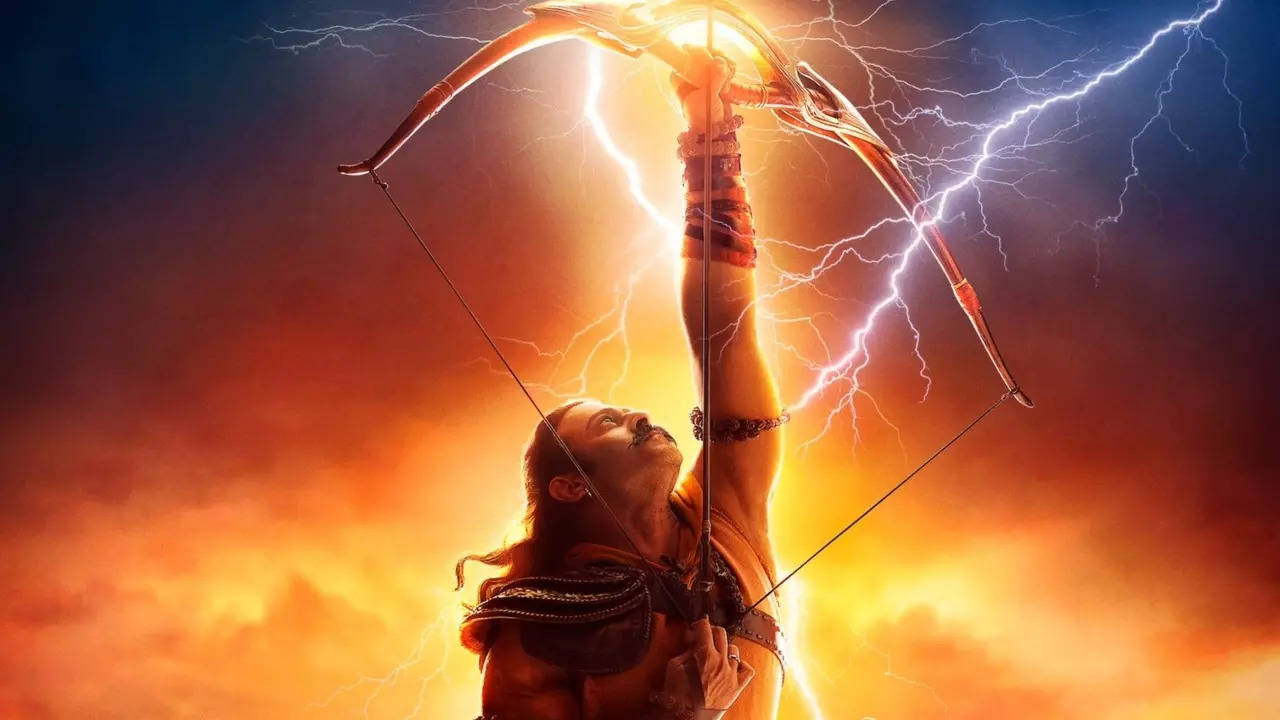 Ever since the much-anticipated film Adipurush has been announced, fans have been eagerly waiting to witness the period drama magic on the silver screen. The film features Prabhas, Saif Ali Khan, Kriti Sanon, and Sunny Singh in pivotal roles.
Based on the story of Ramayana, the movie is directed by Om Raut, where Prabhas, Saif, and Kriti will be seen essaying the role of Ram, Ravan, and Sita respectively.
Related News
Saif Ali Khan reveals it is disturbing to see encounters even in movies Its kind of a horrific judicial

Saif Ali Khan reveals it is ‘disturbing to see encounters’ even in movies: ‘It’s kind of a horrific judicial…’
Earlier today (September 30), the team took to Instagram and unveiled the first look of the film. Actress Kriti Sanon also dropped the first look and captioned, “Aarambh! Join us as we embark on a magical journey. On the Sarayu River Bank in Ayodhya, UP! #AdipurushInAyodhya.”
She further added, “Unveiled the first poster and teaser of our film with us on Oct. 2 at 7.11 PM! #AdipurushTeaser
#Adipurush releases IN Theatres on January 12, 2023.”
The makers of the film are leaving no stone unturned to promote it on a grand scale. Soon after they shared the first look, fans couldn’t hold themselves and showered immense love on them and commented, “Finally! Jai Shree Ram,” while other users wrote, “Blockbuster loading,” and “What a poster!! Can’t wait to see your poster on Sunday.”