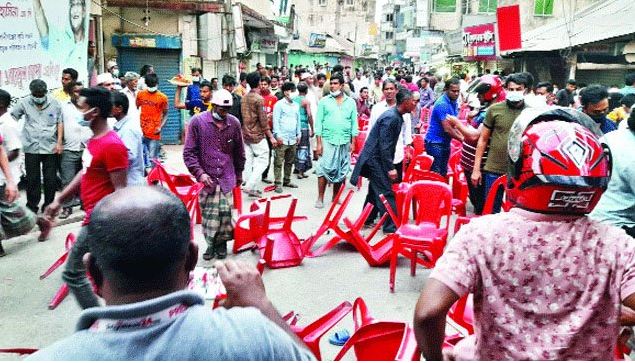 Police have filed a case against 248 persons over the Awami League factional clash in Companiganj upazila of Noakhali district .

Meanwhile, police have, so far, detained at least 27 people over the incident.

They also swooped on the law enforcers, leaving a number of cops injured including  OC Jahidul.

A police hunt began to nab the accused, he added.
A man was killed and at least 50 people were injured in a clash between two groups of Awami League at Basurhat in Noakhali’s Companiganj upazila on Tuesday.