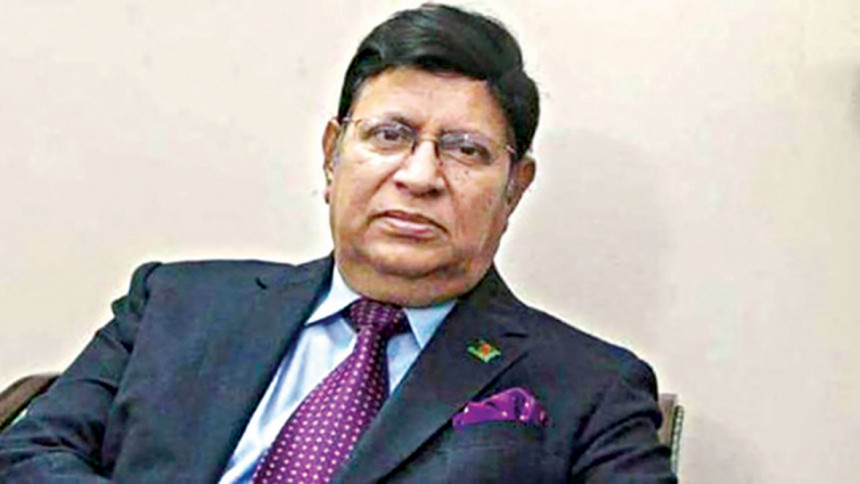 The High Court yesterday summarily rejected a writ petition that challenged the legality of AK Abdul Momen’s ministership and him being a lawmaker for his reported “controversial comments”.

The HC bench of Justice Md Mozibur Rahman Miah and Justice Kazi Md Ejarul Haque Akondo passed the order, saying that there is no merit in the petition as there is no evidence of Momen violating the constitution.

Addressing a Chattogram event on August 18, Momen said he requested the Indian government to do whatever necessary for the continuation of Prime Minister Sheikh Hasina’s government rule.

“I went to India and said Sheikh Hasina’s rule must be continued. She is our role model. If her rule is ensured, our country will stride towards development and become a truly non-communal country,” the minister had reportedly said.

On September 5, Md Ershad Hossain Rashed, a Supreme Court lawyer, filed the petition as a public interest litigation with the HC, praying to it to inquire whether Momen is qualified to hold the offices of minister and MP for his controversial comments.

During the hearing on Sunday, Attorney General AM Amin Uddin vehemently opposed the petition.

Deputy Attorney General Arobinda Kumar Roy placed some papers before the HC bench refuting the statement published by the media.

Earlier on November 13, writ petitioner’s lawyer Mostafizur Rahman Ahad told the HC that Momen violated his oath and the constitution by making the comments, and therefore, became disqualified to hold the offices.