The Gunjan Saxena actor gave the poster a rather quirky ‘Pawri’ (party) twist and shared it on Instagram. The poster sees the actor dressed in a beautiful lehenga. Not giving away much from the look, Janhvi’s face can be seen covered with a dupatta.

The actor is seen sitting in the dark as the room is lightly lit by a chandelier with candles. The song will be released on Monday. The poster also had a ‘pawri’ twist. It read, “Panghat par hai Pawri! Are you ready?”

Janhvi wrote in the caption of the post, as she teased the song, “Stay tuned for #Panghat! Song out soon.” 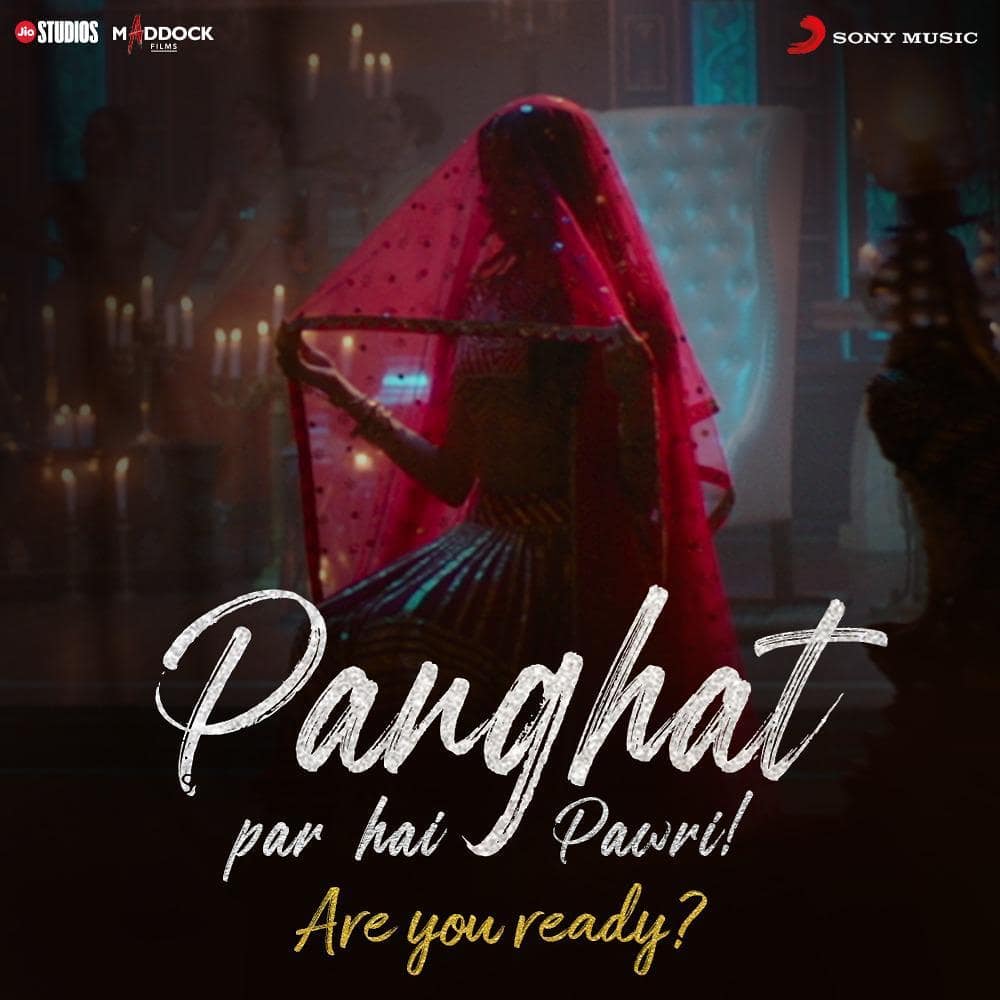 The forthcoming horror-comedy, which also stars Rajkummar Rao and Varun Sharma, is being helmed by Hardik Mehta. A Jio Studios Presentation, ‘Roohi’ is being produced by Dinesh Vijan and Mrighdeep Singh Lamba.

The film marks the first-ever collaboration of Rajkummar and Janhvi. Rajkummar and Varun have earlier shared screen space in the 2015 release Dolly Ki Doli.

Roohi, which is the first major Bollywood release post lockdown, was set to hit the cinemas in the first week of June last year, but the film had to be postponed due to the ongoing coronavirus pandemic.

The upcoming horror-comedy will also become the first film to arrive in theatres after the Ministry of Information and Broadcasting allowed cinema halls nationwide to operate at full capacity from February 1 with COVID-19 safety protocols put in place.

The film is set to hit the theatres on March 11, this year, and is based on the lines of the 2018 hit film Stree, which featured Shraddha Kapoor and Rajkummar Rao in lead roles.