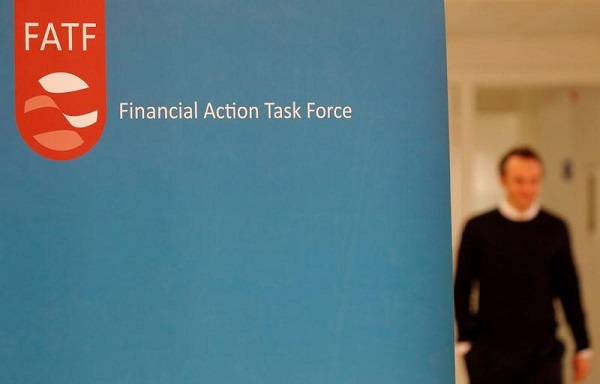 A global dirty money watchdog decided on Friday to keep Pakistan on its “grey list”, despite progress by Islamabad on meeting international anti-terrorism financing norms.
In a statement, the Financial Action Task Force urged Pakistan to complete an internationally agreed action plan by February 2021.
FATF said Pakistan had now reached 21 targets out of 27 set for it in 2018 when Pakistan was placed on FATF’s “grey list” of countries with inadequate controls over terrorism financing.
But Pakistan still needs to demonstrate that law enforcement agencies are identifying and investigating the widest range of terrorism financing activity, FATF said.
The watchdog also asked Islamabad to demonstrate that terrorism financing probes resulted in effective, proportionate and dissuasive sanctions.
“FATF acknowledged that any blacklisting is off the table now,” Pakistani federal minister Hammad Azhar tweeted.
Azhar, who leads Pakistan’s delegation at FATF plenary meetings, said the forum’s discussions were focused on how Pakistan could be supported in meeting its targets before a formal review in the middle of next year.
Last February, Pakistan secured an extra four months to complete the plan after missing 13 of the 27 targets that FATF had set for it in 2018 when it put Pakistan on its “grey list”.
The grace period was then extended due to the new coronavirus pandemic.
Pakistan has lately been pushing through tougher legislation and other measures to ward off blacklisting by the FATF.
In recent months, it says its law enforcement agencies have cracked down on Islamist militant groups – especially Lashkar-e-Taiba (LeT) and its welfare arms, Jamaat-ud-Dawa (JuD) and Falah-e-Insanyat – and on their sources of income, arresting, trying and convicting several of their members and leaders.
Pakistan denies long-standing accusations that it has nurtured and supported Islamist militant groups for use as proxies to project power in the region, particularly towards its arch-rival India and in Afghanistan.
26
Share

US gives 100 ventilators to Bangladesh to combat COVID-19