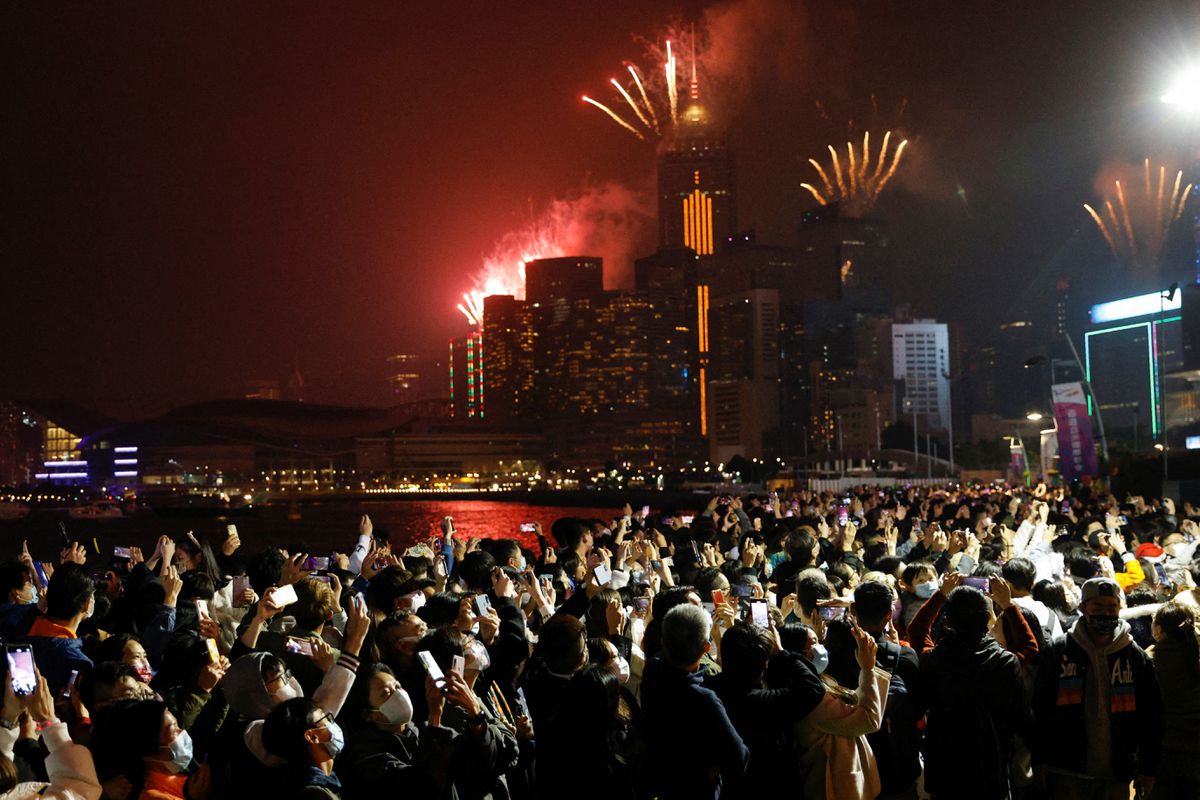 The Omicron coronavirus variant dampened New Year festivities around much of the world, as cities from Paris to Kuala Lumpur cancelled civic celebrations, but London threw a last-minute party on television and Cape Town suddenly lifted a longstanding curfew.

The midnight hour passed in Paris without a planned fireworks display or DJ sets, as city officials cancelled events planned on the Champs-Elysees following the advice of a scientific panel that declared mass gatherings would be too risky, reports Reuters.

Elsewhere around the globe, events were scaled back or cancelled outright, as with the traditional fireworks over the Petronas Towers in Kuala Lumpur. In the Netherlands, where outside groupings of more than four people are banned, police dispersed several thousand people who had defiantly gathered at Amsterdam’s central Dam Square, ANP news agency reported.

But in London, where a fireworks display and light show had been cancelled in October, officials announced on Friday the spectacle would come to life on the television screen, as Big Ben rang in the New Year for the first time since 2017 following a restoration.
226
Share

Bangabandhu in death much stronger than living Bangabandhu: CJ