Anushka Shetty became everyone’s favourite with her portrayal of Deva Sena in SS Rajamouli’s Baahubali series. Anushka is not an ardent social media user but whenever she shares a post, fans make sure that they make the actress feel special. From appreciating her work to getting impressed with her out of the box sartorial picks, the bond that fans share with the actress is unmissable! Recently, Anushka joined Twitter and shared the news with her fans.

Taking to the social media platform, the actress’ first tweet read, “Hi all Hope you all doing well and keeping safe. Follow me on my official twitter account @MsAnushkaShetty for some interesting updates in the coming days for all of you!” Anushka even shared the message on her Instagram feed.

As soon as Anushka shared the news, fans took to the comment section and welcomed their favourite actress by penning love-filled notes and expressing their feelings. One fan wrote, “Was waiting for this day since a long time #WelcomeQueen.” 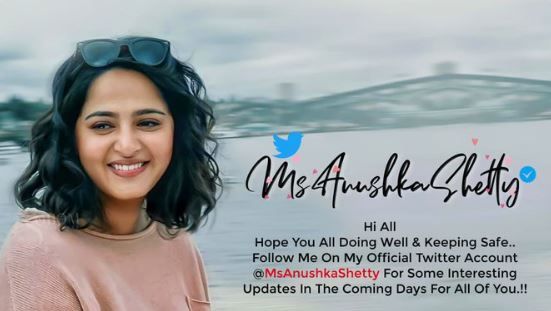 “Much love to you, welcome from the little birdie queen #AnushkaShetty,” wrote another one.

One expressed, “Welcome To Twitter Queen I love u can’t wait to text you here frequently All d best for #Nishabdham I miss watching ur movie in the theatre.” 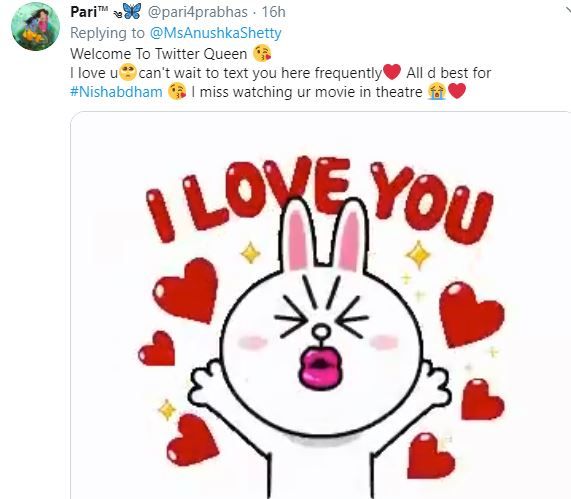 “Very happy to know you have an official twitter account, Sweety! All the best for #NishabdhamOnPrime I am really looking forward to it!!,” tweeted another one.

On the work front, Anushka will next be seen in Nishabdham, which will release on October 2 on Amazon Prime. The film also stars R Madhavan in the lead role. The film is directed by Hemanth Madhukar.

The official synopsis of the film reads, “Nishabdham is the story of Sakshi (Anushka Shetty), an artist with speech impairment and Anthony (R Madhavan) who is a celebrity musician. How the two come together and what transpires from there is what forms the crux of this beautiful story.”

Sneha Ullal on comparison with Aishwarya Rai: I am comfortable in my own skin