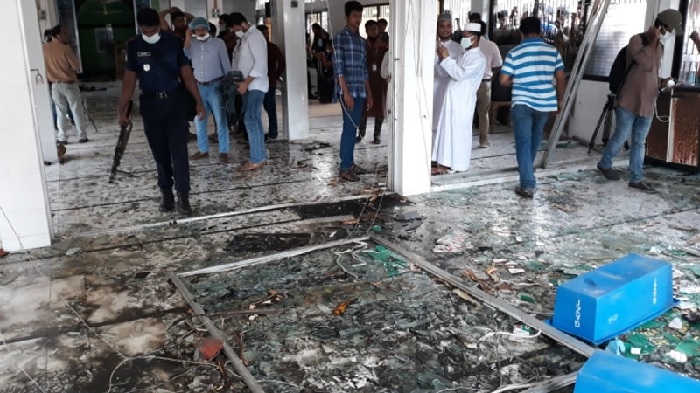 The Criminal Investigation Department (CID) of police have arrested Abdul Gafur, president of Narayanganj Baitus Salat Jam’e Mosque, in a case filed over an explosion there on September 4 that left 34 people dead.

Gafur, 55, was arrested from in front of his house at Tolla Rail Line area in the city around 10pm on Friday.

Md Nasir Uddin Ahmed, superintendent of Narayanganj CID police, said Abdul Gafur was arrested for his negligence and kept under their custody.

He said 12 persons have, so far, been arrested in the case till today. The charge sheet of the case will be submitted within a week.

Meanwhile, three separate probe bodies have been formed by the Fire Service and Civil Defence, Titas gas authorities and the district administration in the incident.

PM vows to wipe out poverty through united efforts

Bangladesh wants to work with US over Indo-Pacific security: Momen

Statements of foreigners over Mushtaq’s death out of courtesy: Hasan