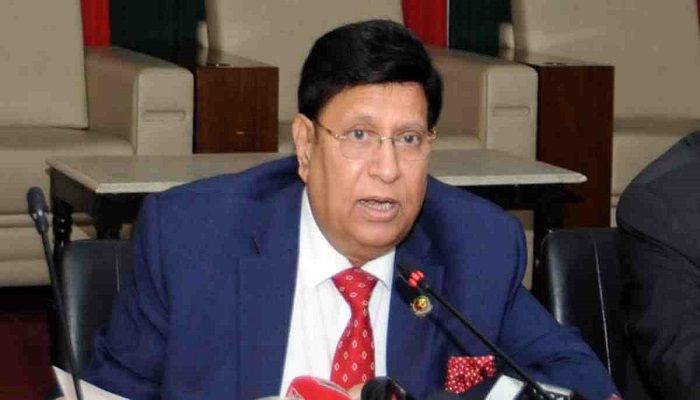 More than 5 MoUs likely to be signed during Modi’s visit: Momen

Foreign Minister Dr A K Abdul Momen on Thursday said more than five Memorandum of Understandings (MoU) are likely to be signed between Bangladesh and India during the Indian premier Narendra Modi’s visit here starting from tomorrow.
“The number of MoUs could be more or less … but five plus (instruments are likely to be signed),” he told reporters after attending a programme in the capital today.
Dhaka and New Delhi are still in negotiation over signing of numbers of MoUs those are likely to be signed after the bilateral meeting between Bangladesh Prime Minister Sheikh Hasina and her Indian counterpart Modi to be held on Saturday.
The foreign minister said Modi’s visit is mainly to join the celebrations of Bangladesh’s 50 years independence anniversary and pay respect to Father of the Nation Bangabandhu Sheikh Mujibur Rahman.
However, Momen said, as top leaders of the two countries would sit for bilateral talks all major issues are likely to be discussed during the meeting.
Indian Prime Minister Narendra Modi is scheduled to arrive here on Friday morning on a two-day state visit to attend the celebration programme of the birth centenary of Father of the Nation Bangabandhu Sheikh Mujibur Rahman and the golden jubilee of Bangladesh’s independence.
Replying to a question Momen said most of the people of Bangladesh welcome the visit of Modi and they are happy about the visit.
Saying that very few people might be against the visit he said that would affect the visit in ‘no way’.
“We believe in democracy … Bangladesh is a democratic country where freedom of speech is guaranteed,” he said.
72
Share