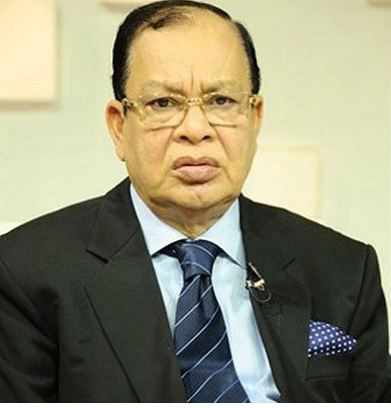 The Appellate Division has fixed December 14 to pass its order on bail petition of former state minister for Civil Aviation Mir Mohammad Nasiruddin in a corruption case in which he was sentenced to 13 years in jail.
An SC bench led by Chief Justice Syed Mahmud Hossain passed the order keeping the bail plea stand over.
Former attorney general AJ Mohammad Ali and Barrister Ruhul Quddus stood for the petitioner while lawyer Md Khurshid Alam Khan on behalf of the Anti-Corruption Commission (ACC).
A Dhaka court on November 8 sent Mir Nasir, also BNP vice-chairman,  to jail after rejecting the bail plea that Mir Nasir had submitted to the court complying with a High Court order.

After that, he recently filed the bail petition with the apex court.

On November 19, 2019, the High Court (HC) bench of Justice AKM Abdul Hakim and Justice Fatima Najib upheld the lower court order and asked Mir Nasir and his son Mir Helal to surrender to the lower court in three months time after getting the copy of the full judgment of the HC.

The HC verdict was published on January 6.

On October 27, Mir Mohammad Helaluddin was sent to jail after his surrender in the same case, in which he was sentenced to three years jail term.