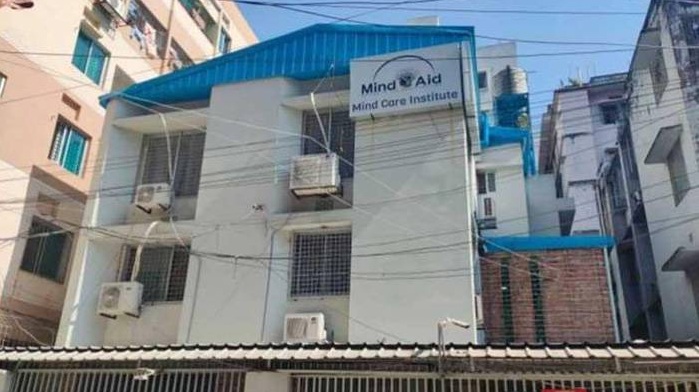 Mind Aid Hospital at Adabar area in Dhaka was sealed off by police on Tuesday after a senior police official was allegedly tortured to death there on Monday.

Dhaka Metropolitan Police Tejgaon division deputy commissioner Harun-ar-Rashid said that they had sealed off the hospital because it had no licence from the office of Directorate General of Health Services.

Department of Narcotic Control assistant director Mehedi Hasan, however, said that they had licensed Mind Aid Hospital a year ago. But they were taking initiatives to annul the licence.

Meanwhile, another person was arrested in connection with the alleged murder of ASP Anisul. Dr Neaz Morshed, who is also one of the owners of the Mind Aid Hospital, was arrested from Neuroscience Hospital area at Agargaon on Tuesday evening. With him, a total of 11 persons including the marketing manager of the hospital were arrested in connection with the death of Senior ASP Anisul Karim.

Senior ASP Anisul Karim, who had been suffering from mental illness, was taken to the Mind Aid Hospital by his relatives on Monday morning. During the admission process, the hospital workers dragged him to a room.

The CCTV footages showed that the hospital workers were physically assaulting Anisul Karim inside the room. He then fell unconscious and died within minutes.

The ASP was then taken to the National Institute of Cardiovascular Diseases, where doctors declared him dead.

His family later alleged that the hospital employees had beaten him to death.

On Tuesday morning, Anisul Karim’s father filed a case with Adabar Police Station accusing 15 persons. Police arrested 11 persons on the same day and 10 of them were placed on a seven-day remand by a court.

DMP Tejgaon division DC said that the incident seemed to be a murder after analysing CCTV camera footages.