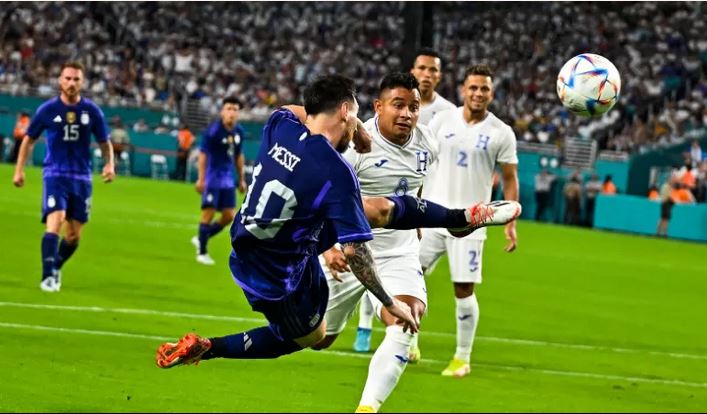 Lionel Messi’s expertly taken double helped seal a comprehensive 3-0 win for Argentina over Honduras in Miami on Friday to extend their impressive unbeaten run ahead of the Qatar World Cup.

The Argentina captain scored a goal in each half, his opener doubling the lead given to Lionel Scaloni’s team by Lautaro Martinez early on.

With their last defeat coming in the 2019 Copa America semi-final, the thousands of Argentina fans who packed Hard Rock Stadium in a crowd of 64,420 were in an expectant mood and left delighted as a combative Honduran side were firmly put to the sword.

“The game was what we expected,” Argentina coach Scaloni said. “I am satisfied with that.

“As far as players who didn’t play, as a coach I have to manage minutes and rest some players. Most important thing is that whoever plays proves they can belong and can play.”

Honduras failed to qualify for Qatar and were under pressure from the off, Alejandro Gomez blazing an early effort over before Rodrigo De Paul screwed a shot just wide.

The South Americans were dominating possession with Messi beginning to weave some magic despite being tightly man marked by the Honduran defence.