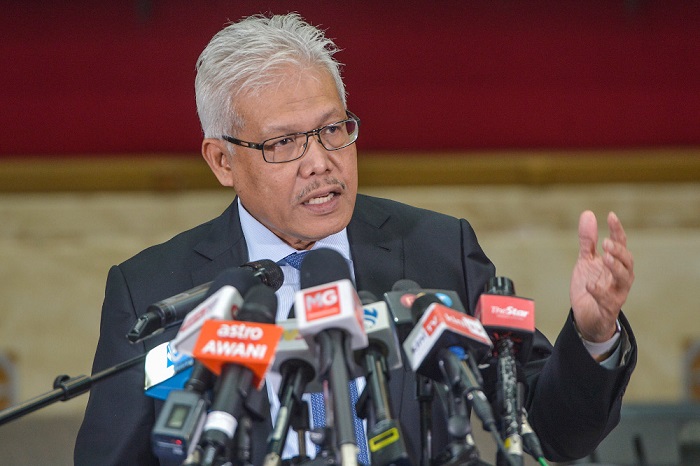 Malaysia government is planning to place a proposal in the cabinet over hiring of undocumented detained migrant workers by large companies on conditions.

The companies, coping with the manpower shortage, can hire if they are wiling to bear the deportation costs of undocumented migrants, said Home Minister Datuk Seri Hamzah Zainudin on Thursday.

The government will let the companies hire detained undocumented workers, in return, they have to bear their deportation costs to send them back to their home countries.

For example, if a company want to hire aforeign worker, it has to pay the deportation cost for one.

“You send back one, we let you hire one,” Hamzah Zainudin told reporters after holding a meeting with Human Resource Minister Datuk Seri M. Saravanan.

The proposal will be placed in the Cabinet soon, he added.

Rights groups estimated currently, there are over 15,000 migrants held in the main detention depots nationwide, according to a report of Malaymail.com.

The malaysian Home Ministry is one of two ministries that form a committee tasked to revamp the migrant worker hiring system.

Hamzah suggested the proposed trade-off as a win-all solution for both the government and private sector.

He said the government could allow a quarter of them to be rehired.

“Only 15 per cent are suitable for employment, the rest can’t be rehired because of many reasons,” he said.

“For example, some of them are caught stealing, we can’t allow them to work. Then others have committed various immigration offences,” the minister added.