Radhe Shyam, directed by Radhakrishna Kumar, is being extensively shot in Italy. Both Prabhas and Pooja Hegde are currently at the beautiful location shooting for their scenes.

Well, looks like an onlooker happened to recognise Prabhas in the middle of the shoot as a leaked on-set picture of the actor has just surfaced online. The Internet cannot get over the Baahubali actor’s stylish appearance in the viral still.

In the pic that is doing the rounds on the internet, the Saaho sensation is seen walking on a busy Italian street sporting a bright yellow coat. He’s further complimented his look with a pair of black shades and that’s adding up to his style quotient to an all new level. Here, check it out below. 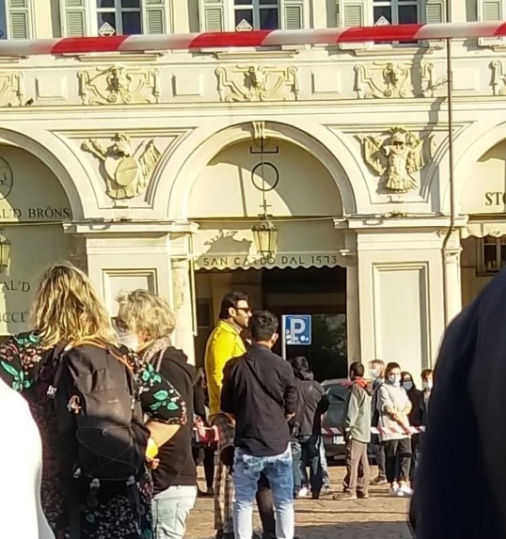 Apart from Prabhas and Pooja, the romantic-drama also features Sachin Khedekar, Bhagyashree, Priyadarshi, Murali Sharma, Sasha Chettri, and Kunaal Roy Kapur. The project is multilingual, and is scheduled to release in Hindi, Telugu, Tamil, Malayalam and Kannada languages in 2021.

Radhe Shyam has Manoj Paramahamsa of Race Gurram (Telugu) and Dhruva Natchatiram (Tamil) fame as the director of photography. Nick Powell is on board to compose fights. The acclaimed sound designer Resul Pookutty is also associated with the project. Vaibhavi Merchant, the National Award-winning choreographer of Lagaan fame is also on board. She has previously worked with Prabhas on Saaho. RC Kamalkannan of Eega, Baahubali and Sye Raa Narasimha Reddy fame is the VFX supervisor. Thota Vijayabhaskar and Eka Lakhani are taking care of the costumes department.

Produced by Vamsi, Pramod and Praseedha, the film is presented by Dr. UV Krishnam Raju of Gopikrishna Movies. Raju is the uncle of Prabhas and has previously worked with him on Rebel and others.

Ranveer Singh got possessive for Anushka Sharma and told a fan, ‘I will break your nose’