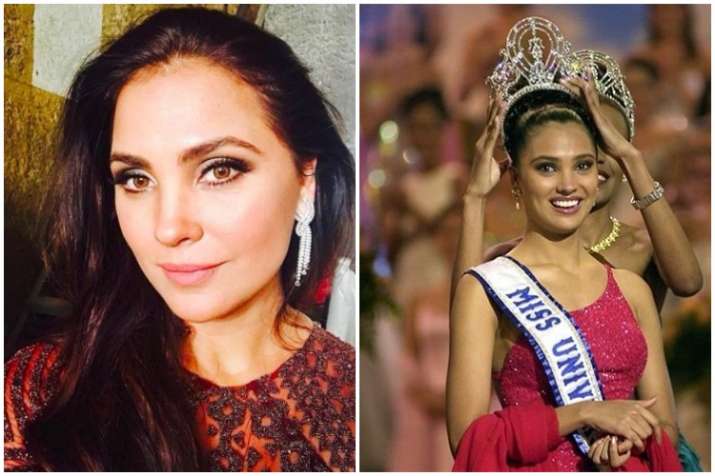 Lara Dutta, who became the second Indian to bag the Miss Universe crown in 2000, remembers the day she returned to India with the title and the reception she had received.

Walking down the memory lane, actor and former Miss Universe Lara Dutta Bhupathi on Wednesday recalled being crowned as Miss Universe 2000. The No Entry actor took to Instagram to post a collage of three pictures when she returned to Bangalore after winning the Miss Universe pageant. She also added a short note recalling winning the pageant 20 years ago.

“Year 2000. My home town of Bengaluru came out in full force to give me the biggest, grandest welcome I have ever experienced!! The Miss Universe officials who had accompanied me on this trip were overwhelmed,” she wrote in the caption.

“They had never experienced such large numbers of people!! I still meet adults who were kids then, who had been a part of this parade, who say it was an unforgettable expnce! Was for me too!!. @missuniverse #20years #bengaluru #memories #imyindia,” she added. 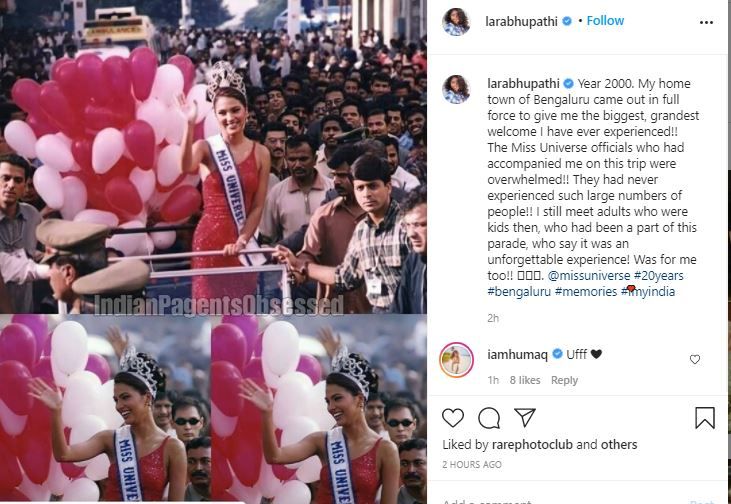 Lara Dutta Bhupathi was the second Indian to win the Miss Universe Title after Sushmita Sen who became the first one to bring the title to India in 1994.