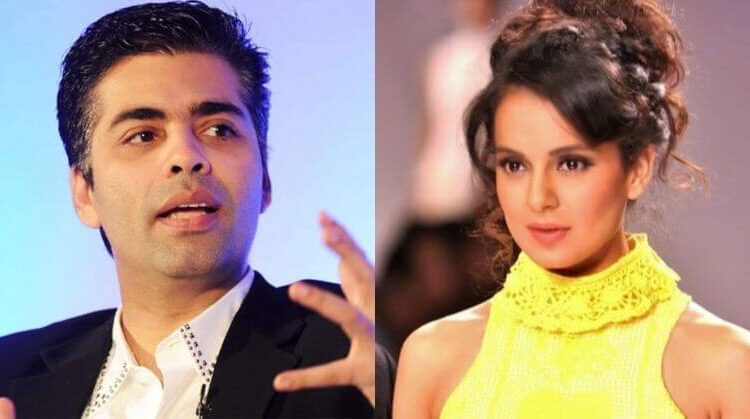 Kangana Ranaut urges PM Modi to take action against Karan Johar: ‘His gang of hyenas will come for me’

Kangana Ranaut and Karan Johar’s feud has been making headlines for years now. The actress has also been targetting Karan Johar by calling him the kingpin of nepotism and ‘movie mafia’ in Bollywood. Nepotism is one of the issues that has become a crucial topic of discussion since Sushant Singh Rajput’s death and Kangana has been targeting KJo among many other industry biggies through her explosive interviews and social media posts.

In her latest tweet, the actress, posted a tweet calling out Karan Johar once again. She tagged the official handle of PM Narendra Modi called Karan the ‘main culprit of movie mafia.’ She shared that till now no action has been taken against him and stated that after everything is settled he and his ‘gang of hyenas’ will come for her.

She wrote, “Karan Johar the main culprit of movie mafia! @PMOIndia even after ruining so many lives and careers he is roaming free no action taken against him, is there any hope for us?  After all is settled he and his gang of hyenas will come for me #ReportForSSR”