Bollywood actress Kangana Ranaut on Monday morning treated fans to BTS moments from the sets of her film, Thalaivi. The actress also heaped praise on the film’s director, AL Vijay.

In the past few months, actress Kangana Ranaut has been in the news, owing to her many statements on Twitter and off it. The actress has been vocal about various topics amid the ongoing probe in the Sushant Singh Rajput death case, from nepotism in the film industry to the alleged use of drugs in Bollywood. But now, with things slowly resuming normalcy, the actress is back on the sets, and this time, it’s a post from her film set that demands your attention.

Taking to social media on Monday early morning, the actress treated fans to a few behind-the-scenes moments from her upcoming film, Thalaivi. With her mask in her hand, the actress was seen engrossed in a discussion with her film’s director, AL Vijay.

In her caption, it was revealed that the actress-director duo was discussing details of her early morning scene from Sunday. The Manikarnika: Queen of Jhansi actress also heaped praise on the film’s director and penned a sweet note for him. She also talked about how a film set is the most comforting place for her. 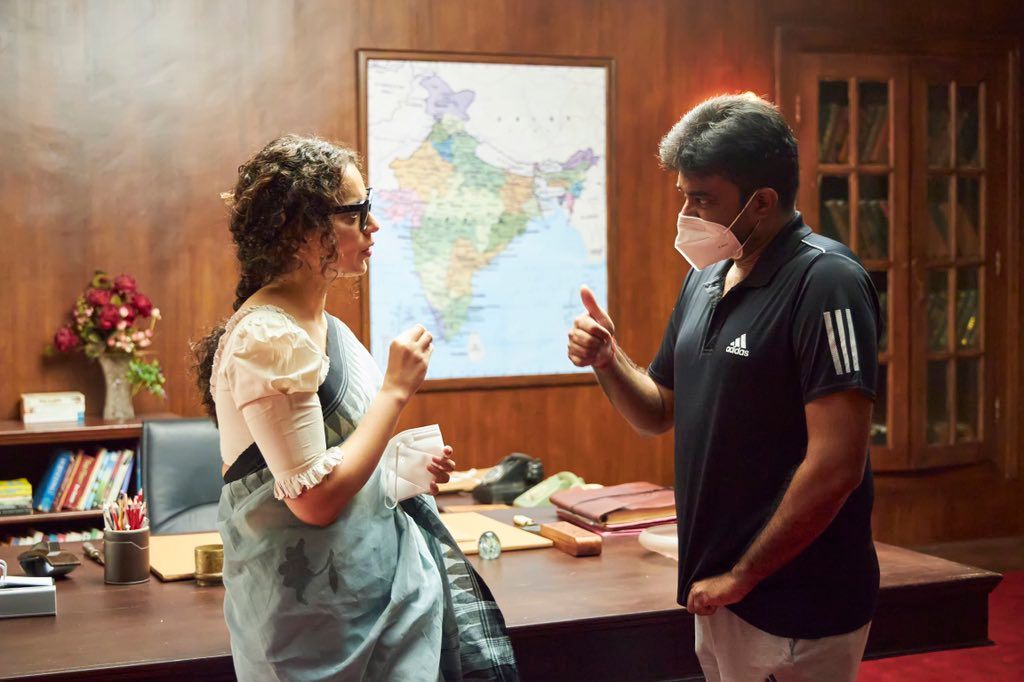 “Good morning friends, these are some stills from yesterday’s early morning scene discussion with my absolutely talented and most affectionate director A.L Vijay ji, there are many amazing places in this world but the most soothing and comforting to me is a film set #Thalaivi,” wrote the actress in her latest tweet.

In Thalaivi, the actress has stepped in the shoes of the late legendary actress-turned-politician, Jayalalithaa. It was in February that Kangana’s sister and spokesperson Rangoli Chandel treated fans to the actress’ second look as Jayalalithaa after the first one created a stir online. The look was shared to mark Jayalalithaa’s birth anniversary. Sporting a white saree with simple black and red stripes, Kangana’s photograph had gone viral within no time.