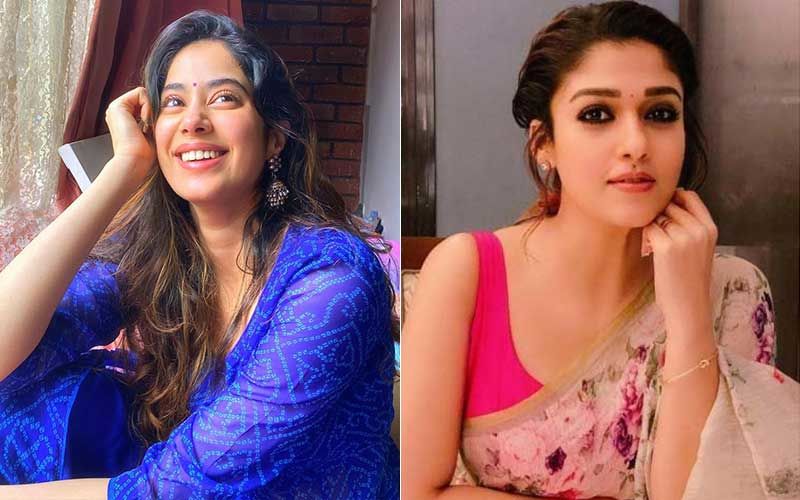 Janhvi Kapoor to step into Nayanthara’s shoes in the Hindi remake of Kolamavu Kokila?

Janhvi Kapoor has reportedly bagged yet another movie. The actress will be seen in the Hindi remake of the hit Tamil film, Kolamavu Kokila. Here’s when the shoot of the film begins.

Janhvi Kapoor is on a roll! The actress has back-to-back films lined-up. And now she is reportedly ready to work on the Hindi remake of the 2018 hit Tamil film, Kolamavu Kokila directed by Nelson Dilipkumar. Last seen in Gunjan Saxena: The Kargil Girl, Janhvi will apparently fly to Punjab for this film on January 7. Siddharth Sengupta, who has earlier worked as an assistant director on the sets of Oye Lucky! Lucky Oye!, Ageenparth and Heartless, will be helming this project.

In the Hindi remake of Kolamavu Kokila, Janhvi will be seen playing the role, which was originally essayed by South actress Nayanthara. Spilling more beans about this project, a source mentioned that this film will be produced by Aanand L Rai.

A source close to the development told ETimes, “The shoot begins from January 9, 2021. The film will be over in a single schedule of 45 days, which will need Janhvi and the rest of the cast to travel to different locations in the state. The decision to shoot in Punjab and the timeline was decided only a few days back. Janhvi has been getting mainly central roles after Gunjan Saxena: The Kargil Girl and she’s enjoying every bit of her career. Recently, she has been offered more films whose