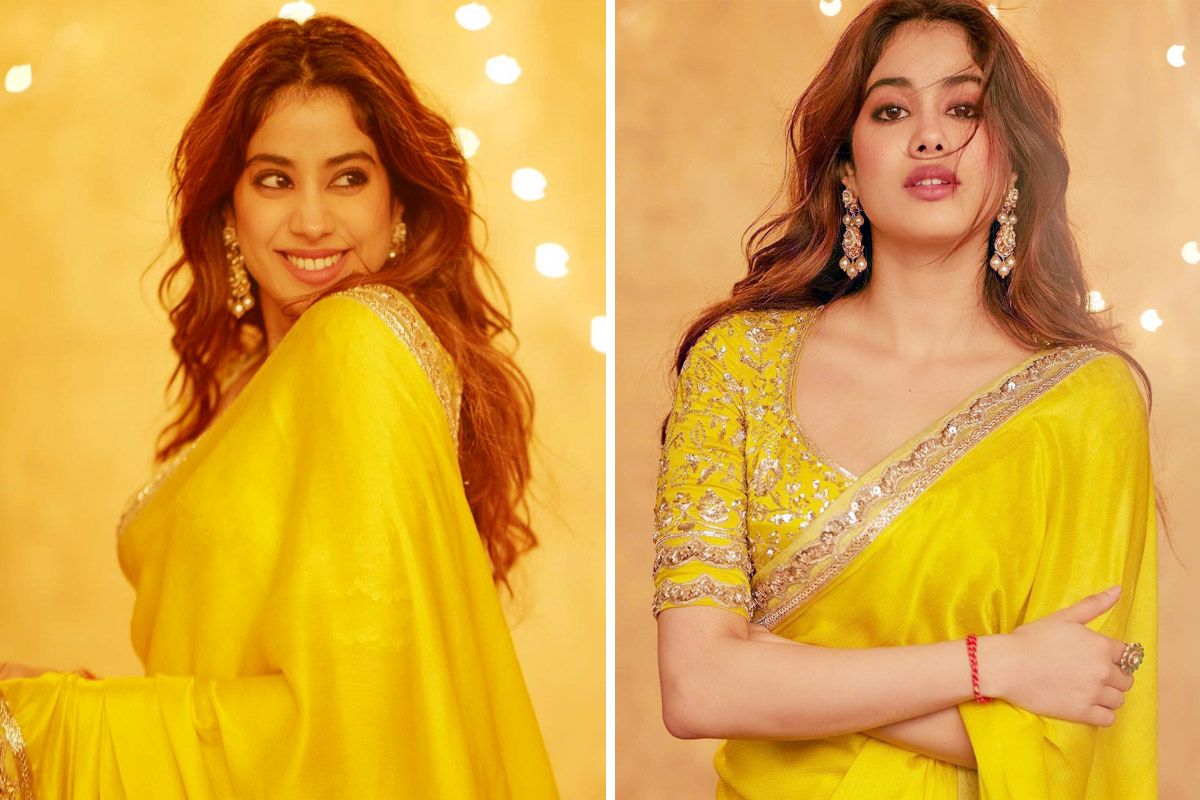 Janhvi Kapoor rings in her 24th birthday today (March 06) and we bring to you, two instances wherein the actress gracefully carried outfits from her mom, late Sridevi’s wardrobe.

There is a proverb that goes – ‘like mother, like daughter’. From the very childhood, daughters always try to emulate their mothers. From ruining her lipsticks to trying out her outfits and jewellery, daughters just want to become impersonifications of their moms. Bollywood actress Janhvi Kapoor, who happens to be the daughter of the late Sridevi Kapoor, is no different.

Just ahead of her big Bollywood debut Dhadak, Janhvi lost her mom in February 24, 2018. Almost three months later, on May 03, 2018, late Sridevi was felicitated by the Government of India with a National Award in the Best Actress category for her phenomenal performance in MOM. For the same, Janhvi arrived in Delhi, along with her sister Khushi Kapoor and father Boney Kapoor to receive the honour at the 65th National Film Awards. And Janhvi did the sweetest thing that still keeps her in the headlines.

The actress wore one of her mom, Sridevi’s pink and white kanjeevaram saree, that the late actress had worn for Ram Charan’s wedding in 2013. While Sridevi had worn it with a sleeveless blouse, Janhvi wore it with a cropped sleeves blouse, left her hair loose and wore jhumkas. Here’s a glimpse: 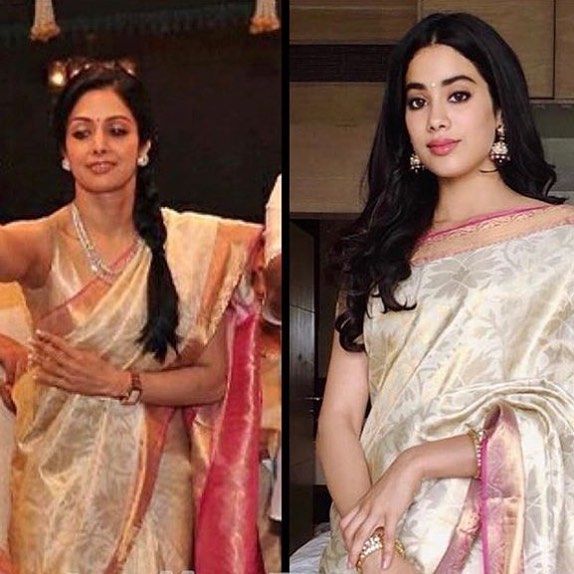 Now that you have a great example, we will share with you, yet another time when birthday girl Janhvi picked a piece from her mother’s wardrobe and carried it effortlessly. One other time, Sridevi had worn a peace and beige floral dupatta that she paired with a white kurta. Janhvi too was seen carrying the same dupatta with a white kurta sans any makeup and how well did she sport it! 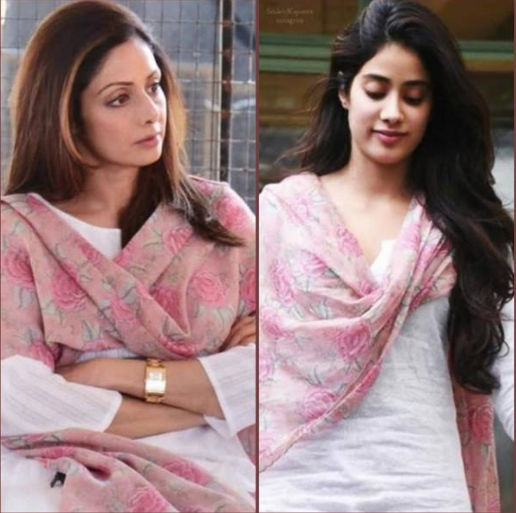