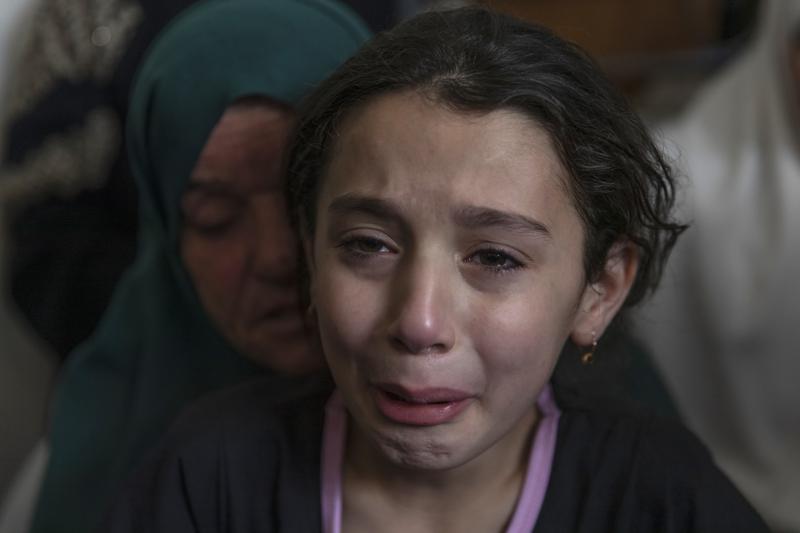 There were no immediate reports of casualties from the strikes, which could be heard from Gaza City. Israel also carried out airstrikes early Wednesday, targeting what it is said were Hamas facilities, without killing or wounding anyone.

The military said fighter jets struck Hamas “military compounds and a rocket launch site” late Thursday in response to the balloons. It said its forces were preparing for a “variety of scenarios including a resumption of hostilities.”

Rocket sirens went off in Israeli communities near Gaza shortly after the airstrikes. The military later said they were triggered by “incoming fire, not rockets.”

Surveillance camera footage obtained by The Associated Press showed what appeared to be heavy machine-gun fire into the air from Gaza, a possible attempt by Palestinian militants to shoot down aircraft. Other footage showed projectiles being fired from Gaza, but it was unclear what kind or where they landed.

Tensions have remained high since a cease-fire halted the war on May 21, even as Egyptian mediators have met with Israeli and Hamas officials to try and shore up the informal truce.

Israel and Hamas have fought four wars and countless smaller skirmishes since the Islamic militant group seized power from rival Palestinians forces in 2007. Israel and Egypt have imposed a crippling blockade on Gaza, which is home to more than 2 million Palestinians, since Hamas took over.

Earlier, Israeli police used stun grenades and a water cannon spraying skunk water to disperse Palestinian protesters from Damascus Gate in east Jerusalem, the epicenter of weeks of protests and clashes in the run-up to the Gaza war.

After the crowds were dispersed, Palestinians could be seen throwing rocks and water bottles at ultra-Orthodox Jews walking in the area.

Calls had circulated for protesters to gather at Damascus Gate in response to a rally held there by Jewish ultranationalists on Tuesday in which dozens of Israelis had chanted “Death to Arabs” and “May your village burn.” The police had forcibly cleared the square and provided security for that rally, part of a parade to celebrate Israel’s conquest of east Jerusalem.