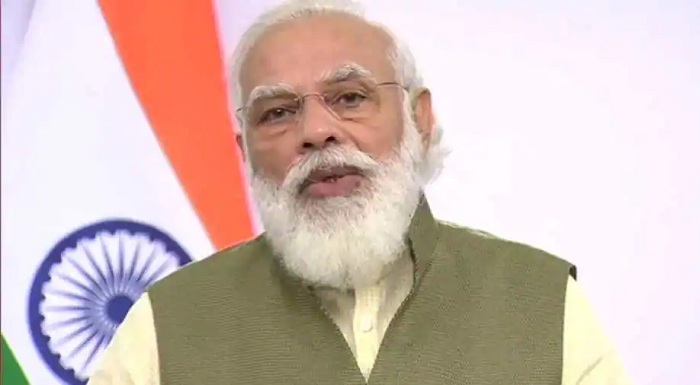 Indian PM arrives this morning on a two-day state visit

The Indian premier will attend the celebration programmes of the Father of the Nation Bangabandhu Sheikh Mujibur Rahman’s birth centenary and the golden jubilee of Bangladesh’s independence.

Modi’s visit is of special significance on the occasion of the golden jubilee of independence and the birth centenary of Bangabandhu as well as the 50th anniversary of Bangladesh-India friendship.

On his arrival at Hazrat Shahjalal International Airport in Dhaka in the morning, Narendra Modi will be received by his counterpart Prime Minister Sheikh Hasina. A red carpet will be rolled out at the airport to welcome him, said a PID handout.

After the formalities at the airport, Modi is scheduled to go straight to the National Martyrs’ Memorial in Savar to pay rich tributes to the heroic martyrs of the Liberation War of Bangladesh by placing a wreath.

Shortly afterwards, he will visit the Bangabandhu Memorial Museum at Dhanmondi 32 to pay homage to Father of the Nation Bangabandhu Sheikh Mujibur Rahman.

In the afternoon, Foreign Minister AK Abdul Momen will call on the Indian premier at Hotel Sonargaon.

Later, the Indian Prime Minister will join the celebration program marking birth centenary of Father of the Nation Bangabandhu Sheikh Mujibur Rahman and the golden jubilee of Bangladesh’s Independence Day as guest of honor at the National Parade Square.

President Md. Abdul Hamid will be present at the celebration as the chief guest while Prime Minister Sheikh Hasina will preside over.

In the evening, Modi is scheduled to inaugurate the ‘Bangabandhu-Bapu Museum’ jointly with Prime Minister Sheikh Hasina at the Bangabandhu International Conference Center. He will attend a state banquet arranged in his honor by his Bangladeshi counterpart Sheikh Hasina.

In the morning of the second day of his visit on Saturday, Narendra Modi will visit the Mausoleum of Father of the Nation Bangabandhu Sheikh Mujibur Rahman at Tungipara in Gopalganj to pay homage to Bangabandhu.