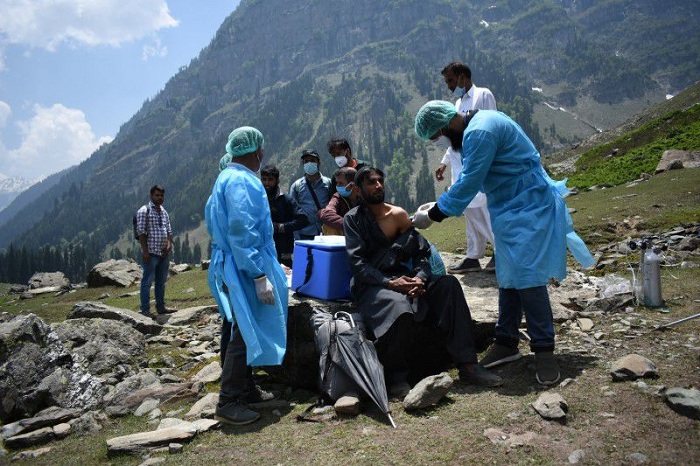 India cuts taxes on medicines and equipment to treat Covid-19

India on Saturday cut taxes on medical equipment such as oxygen concentrators and drugs used to treat Covid-19 infections, after widespread criticism over healthcare costs during a devastating second wave of the virus in April and May.
The government cut taxes on medical grade oxygen, ventilators, the remdesivir antiviral drug, diagnostic kits, pulse oximeters and hand sanitizers to 5% from 12-18% with immediate effect.

The new levies will be in place until the end of September, Finance Minister Nirmala Sitharaman said, adding it would include taxes on electric furnaces in crematoriums and ambulances.

“The rate cut has not be done with any cost implication (on government finances) in mind, it has been done so that people get some ease….the decision has been taken to provide ultimate ease to patients,” Revenue Secretary Tarun Bajaj told a news conference.

The government, however, would continue to tax vaccines at 5%, he added.

The world’s second-most populous country, where coronavirus cases hit a peak of 400,000 a day in May, reported 84,332 new infections on Saturday, the lowest in more than two months, data from the health ministry showed. There were 4,002 deaths.

During the second wave of the virus many people resorted to costly private treatment in what is still a low-income country.

Others paid twenty times the usual price for oxygen cylinders on the black market and huge sums to secure ambulances and hearses. read more

Experts have said millions of people remain vulnerable to new surges of infections, particularly in the countryside where two-thirds of the population lives.