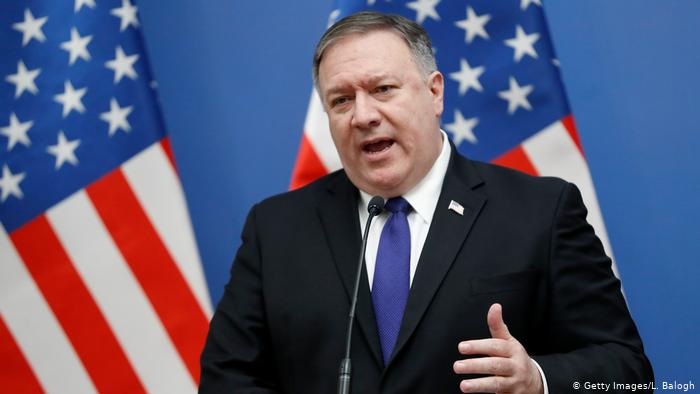 In Asia, US’s Pompeo expected to bolster allies against China

US Secretary of State of Mike Pompeo is flying to India next week to strengthen strategic ties with a nation that is locked in a military standoff with China, in Washington’s latest effort to bolster allies against Beijing, reports Reuters.

As part of an intensifying pushback against China’s growing economic and military power in the region, Pompeo will also travel to Sri Lanka and the Maldives, two Indian Ocean countries struggling with a mountain of Chinese debt incurred to finance big infrastructure projects.

Pompeo will conclude his trip, which comes in the final week before the US presidential election, in Indonesia, which is also locked in territorial disputes with China in the South China Sea.

‘We’re looking forward to strengthening critical relationships with our friends and partners, emphasizing our deep commitment to the Indo-Pacific and advancing our vision for long-term partnership and prosperity in the region,’ said Dean Thompson, principal deputy assistant secretary at the State Department’s Bureau of South and Central Asian Affairs.

Washington has been ramping up diplomatic pressure on China, and President Donald Trump has made being tough on Beijing a key part of his campaign to secure a second term.

Pompeo led a meeting of foreign ministers from India, Japan and Australia this month in Tokyo, a grouping which has been named the Quad, and could be a bulwark against China’s growing assertiveness in the region.

‘This is more about real foreign policy than domestic politics,’ said Greg Poling, maritime security expert at the Center for Strategic and International Studies in Washington.

‘Yes, Pompeo’s anti-China rhetoric is largely about the election, but State’s broader push to strengthen the Quad, tighten relations with Taiwan, heighten attention on the South China Sea and more, are being driven as much by the policy professionals as the politicians.’

Next month, India hosts ‘Malabar’, the biggest naval wargames in years, with the other Quad members – an exercise that China has in the past opposed.

India’s decision on expanding the exercises comes at a time when it is locked in a military stand-off on the disputed land border with China.

Thousands of troops are in close proximity in the western Himalayas, where India says Chinese troops have intruded across its side of the de facto border. Beijing denies any intrusion and says India has been building roads and other infrastructure in the disputed area, causing the crisis.

Chinese foreign ministry spokesman Zhao Lijian said on Friday the United States was bullying countries to pick sides over their links to China, but such efforts would not succeed.

During Pompeo’s trip, which Defense Secretary Mark Esper will join, India is expected to sign an agreement that will give it access to sensitive US satellite data to help improve targeting of missiles and drones, Indian officials said.

‘There is great further potential in our defence cooperation,’ an Indian official said.

In what will be the first visit by a US Secretary of State to Sri Lanka in over a decade, Pompeo will advise leaders in Colombo to scale back dependence on China, which has invested billions of dollars building ports and highways but left the island nation in debt, Thompson said.

‘We urge Sri Lanka to make difficult but necessary decisions to secure its economic independence for long-term prosperity,’ Thompson added.

The island is a key part of Chinese President Xi Jinping’s Belt and Road Initiative but Colombo has in recent years sought to improve ties with India, United States and Japan.