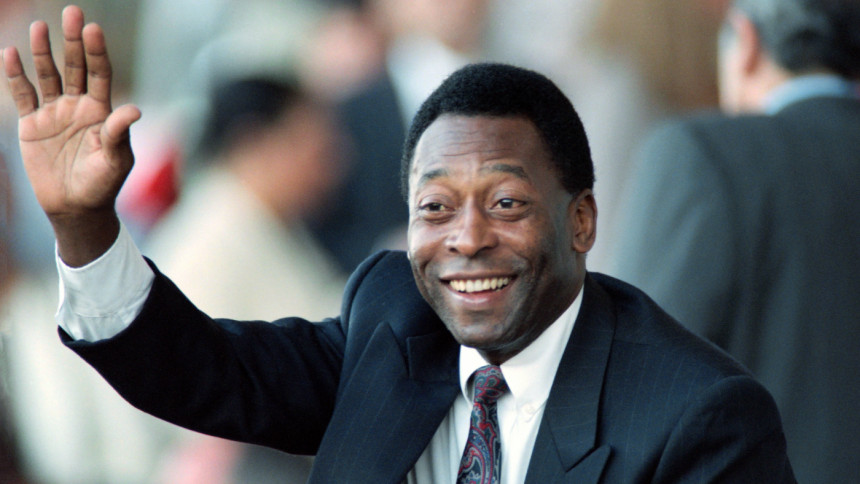 Brazilian football legend Pele said on Saturday that he feels “strong, with a lot of hope” despite medical problems that have kept the 82-year-old sports icon in the hospital with a respiratory infection.

Pele, widely regarded as the greatest footballer of all time, was hospitalized earlier this week amid ongoing colon cancer treatments.

“My friends, I want to keep everyone calm and positive,” Pele said in an Instagram post. “I’m strong, with a lot of hope and I follow my treatment as usual.”

Doctors treating Pele said earlier Saturday that the Brazilian legend remained “stable,” with his condition not having deteriorated over the last day.

Pele “has had a good response to care without any worsening in the clinical picture in the last 24 hours,” doctors at Sao Paulo’s Albert Einstein Hospital said in a statement.

Doctors made no reference to media reports earlier on Saturday that the three-time World Cup winner was receiving end-of-life care.

Pele was admitted to hospital earlier this week for what doctors said was a “re-evaluation” of the chemotherapy he has been undergoing since surgery to remove a colon tumor in September last year.

At the ongoing World Cup in Qatar, players expressed their support for Pele.

England captain Harry Kane offered his support for Pele at a press conference ahead of his team’s last-16 tie against Senegal.

“We send our best wishes to him and obviously all his family as well,” said Kane.

“He is an inspiration amongst our game and an incredible footballer and incredible person. We wish him well.”

Pele is the only footballer in history to win three World Cups — 1958, 1962 and 1970 — and is one of the most successful and popular sports figures of the 20th century.

France, England in spotlight after Messi fires Argentina into quarters