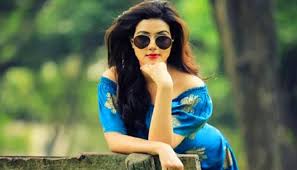 Government grant film “Ashirbad”, featuring Dhallywood actors Mahiya Mahi and Ziaul Roshan, is releasing on August 19. Mahi and Roshan were not present in a recent press conference, held to clarify the film’s status to the media.

In the press conference, the co-producer of the film Jennifer accused the actress Mahiya Mahi of various irregularities during the shooting. Jennifer also accused that one of the crew had to be dropped, because of Mahi.

When asked about these allegations, Mahiya Mahi told The Daily Star, “The whole thing is being misrepresented. If people know the real story, they will understand that the producer is the main culprit here. I respect the producer, but a film does not belong to only the producer, but the actors as well. As the film is government funded, I took less remuneration. However, I did not get any respect from them.’

“The director knows everything about what happened during that shooting. If he accuses me, I will accept all accusations against me,” the actress further said. “But the allegations made by the co-producer are simply not true. Every film is like my child. Whenever I see one of them being neglected, it makes me sad’, she added.

After her marriage in September, Mahi is making her return to the silver screen with two new films, “Ashirbad” and “Jao Pakhi Bolo Tare”, both of which are directed by National Award-winning director Mostafizur Rahman Manik.

Drought in England, fires rage in France as heatwave persists