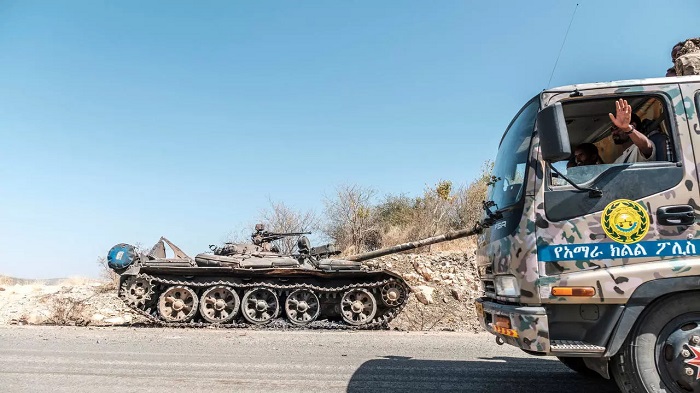 A local youth group aided by police and militia killed at least 600 people in a “rampage” on November 9 in Ethiopia’s northern Tigray region, the national rights watchdog said Tuesday.
The massacre in the town of Mai-Kadra is the worst-known attack on civilians during Ethiopia’s ongoing internal conflict pitting federal forces against leaders of Tigray’s ruling party, the Tigray People’s Liberation Front (TPLF).

Amnesty International previously reported that “scores, and likely hundreds, of people were stabbed or hacked to death” in the November 9 attack in Mai-Kadra.

The EHRC is a government-affiliated but independent body whose chief commissioner, Daniel Bekele, was appointed by Prime Minister Abiy Ahmed.

The perpetrators “killed hundreds of people, beating them with batons/sticks, stabbing them with knives, machetes and hatchets and strangling them with ropes. They also looted and destroyed properties,” the report said.
The attack “may amount to crimes against humanity and war crimes,” it said.

Sources including eyewitnesses and members of a committee formed to bury the dead “estimate a minimum of 600 have been killed and say the number is likely to be higher still,” the report said, though it noted the death toll remains imprecise.

“A mismatch between the large number of bodies and limited burial capacity meant that burial took three days,” the report said.

US to release 6.4 million COVID-19 vaccine doses in 1st distribution