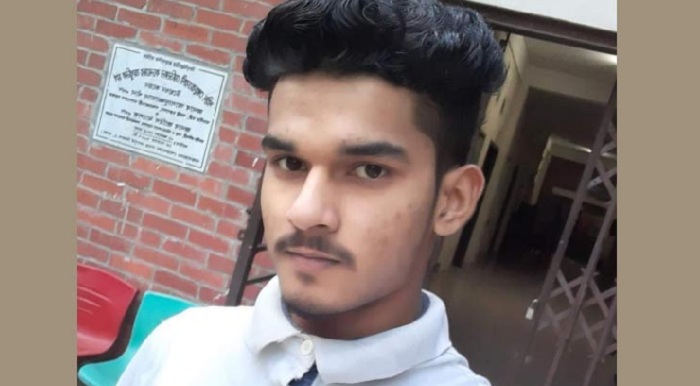 A 20-year-old boy has been arrested by police  on charges of having sex with the dead bodies of teenage girls at Shaheed Suhrawardy Medical College Hospital (ShSMCH) morgue in Dhaka.
The arrested Munna Bhakta is a resident of Goalanda in Rajbari district.
He is not an employee of the hospital officially but used to work at the morgue. As he is the nephew of the morgue ‘dom’ Shree Jatan Kumar, Munna used to work there over the last four years and held keys of the morgue.
At one stage of working at the morgue, Munna developed a fascination with female dead bodies, particularly of young girls who committed suicide, and had sexual intercourse with them when he used to work at night, said Criminal Investigation Department (CID of police.
Munna confessed to his crime to the CID investigation team during questioning.
It was learnt that high vaginal swab (HVS) samples were collected from the dead bodies during the routine postmortem at the Suhrawardy Hospital morgue and then sent to the CID laboratory in Dhaka for examination. After examining the HVS, the CID reached the conclusion that someone had had intercourse with the bodies of five suicide victims–aged from 11 to 17—between March 29 last year and August 23 this year.
As the examination of HVS samples matched with the DNA of a single individual and no sign of rape was found, CID suspected that someone inside the morgue was involved in the heinous crime. Instantly, they started keeping vigilance on the ‘dom’ and his assistants. At one stage, the CID team members started questioning them. Sensing the danger, Munna fled the hospital. Later, CID arrested him from Babubazar Bridge area on Thursday.
CID’s Additional DIG of Organised Crime Unit Sheikh Mohammad Rezaul Haider said they arrested Munna after being cent percent confirmed that he was the culprit.
The morgue is run under the Forensic Medicine Department of Shaheed Suhrawardy Medical College (ShSMC).
Dr Selim Reza, Head of the  Forensic Medicine Department, said there is no trained ‘mortuary attendant’ here. Those who have been working since the British period are working for generations. As a result, someone who works as dam, usually hires his assistants from his relatives.
39
Share