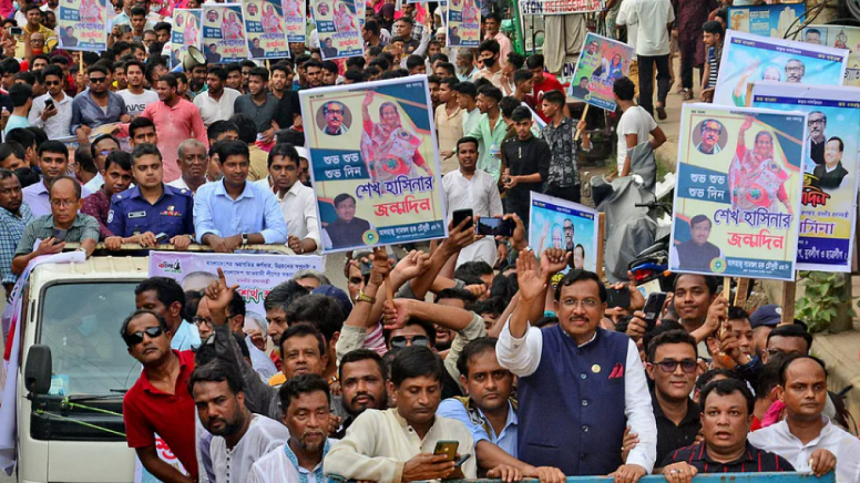 Three government officials were reportedly seen using the same vehicle as Awami League leaders and activists during a procession of the party in Chattogram’s Patiya upazila on Wednesday (September 30, 2022) afternoon.

AL leaders and activists and its associate organisations brought out the procession on the occasion of Prime Minister Sheikh Hasina’s birthday, reports our staff correspondent.

Whip Samshul Haque Chowdhury was on a pickup van at the front of the procession. The UNO, ASP and AC (Land) were on the pickup van just behind the Whip’s vehicle, Prothom Alo adds.

However, they claimed that they did not participate in the party programme. As two different factions of Awami League brought out processions at the same time, they were on the pickup van to monitor the situation, they claimed.

When asked why government officials were in a political party’s programme, UNO Mohammad Atiqul Mamun told The Daily Star that two opposing factions of AL had called for programmes at the same time and place on that day.

“We were on a pick-up van to monitor the situation in a bid to thwart any untoward situation. I was not in the party programme in any way.”

“There is no scope to create controversy about it,” he said.

The procession was brought out from Patiya Upazila Parishad premises. It went through major roads of the upazila and ended after reaching the bus station.