Former CBFC chief Pahlaj Nihalani and classic actor Govinda have teamed up for an upcoming venture titled ‘Rangeela Raja’. The film has been produced by Nihalani and will present Govinda in a double role.

The new poster of ‘Rangeela Raja’ has been unveiled. Noted film critic and tarde analyst Taran Adarsh shared the poster on Twitter. He wrote: “And here comes the second poster of #RangeelaRaja… The Hit team of #Ilzaam, #SholaAurShabnam and #Aankhen – producer Pahlaj Nihalani and Govinda – team up yet again… Govinda will be seen in a double role… He portrays four distinct characters in the film.” 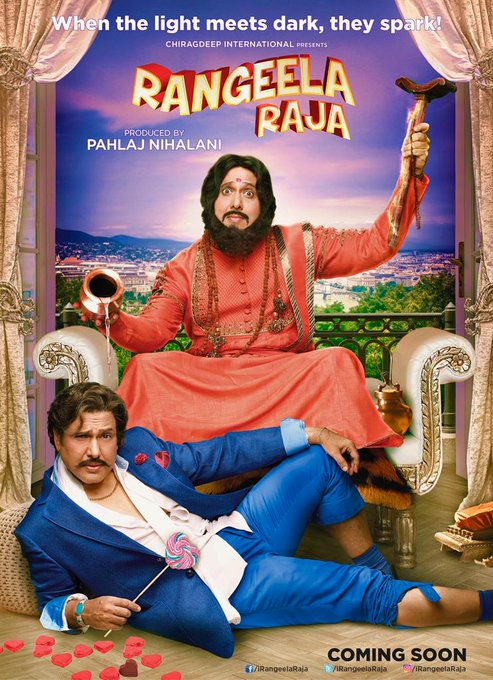 The poster looks quirky and colourful. Govinda and Pahlaj Nihalani have joined forces again after over 25 years for Rangeela Raja.

The actor will be seen playing a double role in the comedy-drama.

Kabir Bedi’s autobiography is a revelation of love, loss and life

How “American” Is American Pop Culture?

Long COVID: More than 2m in England may have suffered, study…

FM: Bangladesh should be supported in producing COVID…

Gen. Shafiuddin takes over as new Chief of Army Staff

Kabir Bedi’s autobiography is a revelation of love,…

How “American” Is American Pop Culture?

England face Germany in round of 16

Let’s see what can be done to ensure vaccines for all:…

Russia to boost military ties with Myanmar as junta leader…