Hours after the makers of Bhoot Police released the first-look poster of Saif Ali Khan, they have now released the first look of Arjun Kapoor’s character as well. The actor is playing the role of Chiraunji in the film. Bhoot Police, which is directedby Pavan Kirpalani, is set to release on Disney+Hotstar, and stars Yami Gautam, Jacqueline Fernandez and Jaaved Jaaferi in pivotal roles.

Arjun Kapoor seems to be sporting a very rustic look in the film, replete with a tiger-claw pendant and a black shawl. He is holding a kindling in the poster and sports an intense look. 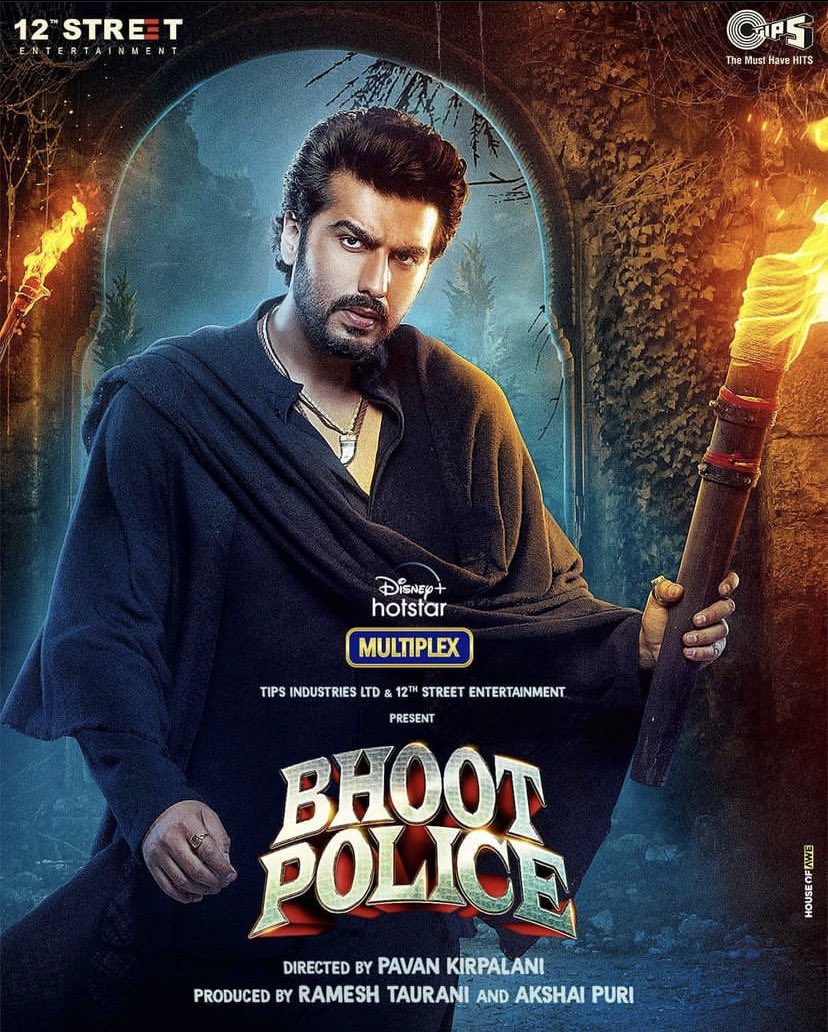 While Arjun’s look in the poster is intriguing, it is his reaction to girlfriend Malaika sharing the poster which has stolen the heart of netizens. Soon after Arjun shared the first look from his film, Malaika.