Television and Bollywood actress Gauahar Khan posted a beautiful photo of herself with Zaid Darbar. She was seen flaunting the huge rock on her finger as she posed with her fiance.

Television’s hottie Gauahar Khan is soon going to be a married lady! Amid rumours of a possible something brewing between her and Bollywood composer Ismail Darbar’s son Zaid Darbar, it was only recently when Gauahar confirmed her wedding. Both Gauahar and Zaid’s Instagram handles are filled with beautiful glimpses and lovey-dovey notes for each other that make fans gush.

Ahead of her wedding, Gauahar will ring in her first Diwali with ‘engaged’ as her relationship status. The actress is in a festive mood, as she took to Instagram to ‘already’ post a wish for fans. Gauahar looked beautiful in a green salwar kurta that had pink, golden and blue embroidery on it. Zaid, on the other hand, looked dapper in a criss-cross patterned kurta and pyjama.

Sharing the all-happy photo, Gauahar wrote, “Mere tumhare sab ke liye happppppy Diwali !!!!! From US to alllllll of you ! @zaid_darbar. This is my fave Diwali Bollywood song , which ones yours ???? #gaza #HappyDiwali #BeSafe #Spreadlove.” Take a look at Gauahar and Zaid’s latest photos below: 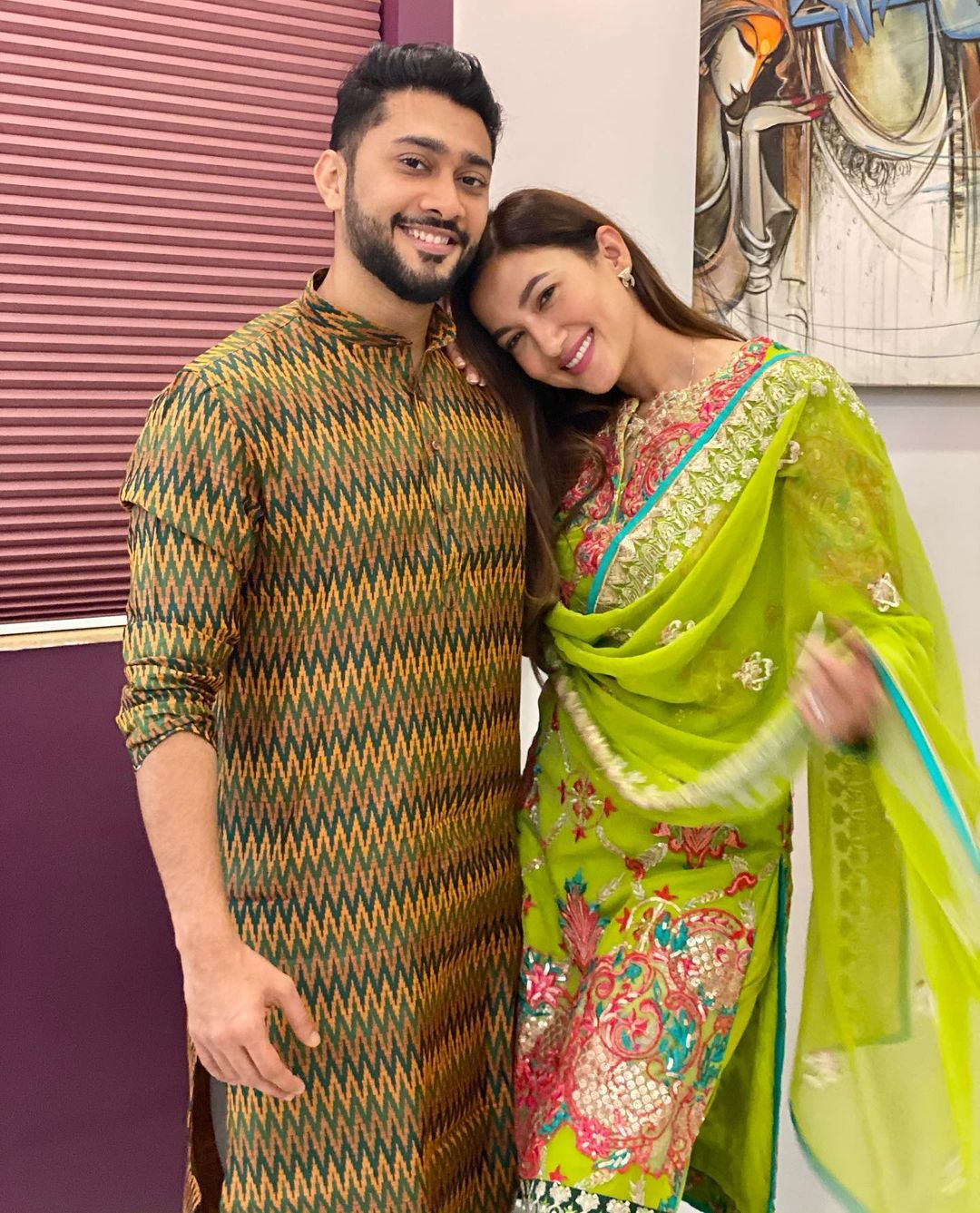 It was only four days back when Gauahar’s Instagram photos had created headlines. Confirming her wedding in the cutest manner possible, the actress and her beau were lovingly looking at each other in the photo as “she said yes” balloons in the background hinted at the much-needed confirmation. Take a look: