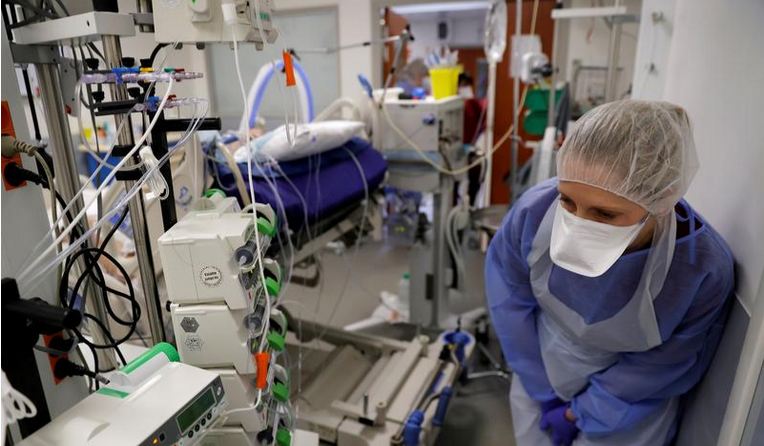 France reported on Friday that 5,254 people were in intensive care units with COVID-19, an increase of 145 people in one day and the highest daily increase in five months.

The risk of emergency wards being unable to cope was one of the main reasons for President Emmanuel Macron to order a third nationwide lockdown this week, after unsuccessfully trying for months to contain the epidemic with a curfew and regional lockdowns, reports Reuters.

From next week, France starts a third lockdown, with schools and non-essential businesses closed nationwide for four weeks.

Announcing the lockdown on Wednesday, Macron said the number of ICU beds will be raised from 7,000 to over 10,000.

At the peak of the first lockdown in spring 2020, France saw a high of 7,148 COVID-19 patients in ICUs, but that fell back to a few hundred in August following the strict first lockdown.

During November’s less restrictive lockdown, ICU numbers peaked at just under 5,000, but since then they have only briefly dipped below 3,000 in December.

With new infections rising sharply, doctors expect the third wave of the virus will peak in the coming two weeks, with a further increase in ICU numbers.

On Friday, new confirmed cases jumped by the highest week-on-week rate since the end of November, when France was in its second nationwide lockdown.

France on Friday also reported 332 new deaths from COVID-19, taking the toll to 96,280, but the new death tally included only 32 deaths in retirement care homes over three days.

Death rates in retirement homes, which were several hundreds per week at the end of 2021, have fallen sharply as the government focused its vaccination campaign on the elderly.

The health ministry said 12.13 million people had received a vaccine so far, including just over three million second doses.

Tourism suspended in Sundarbans till Apr 15