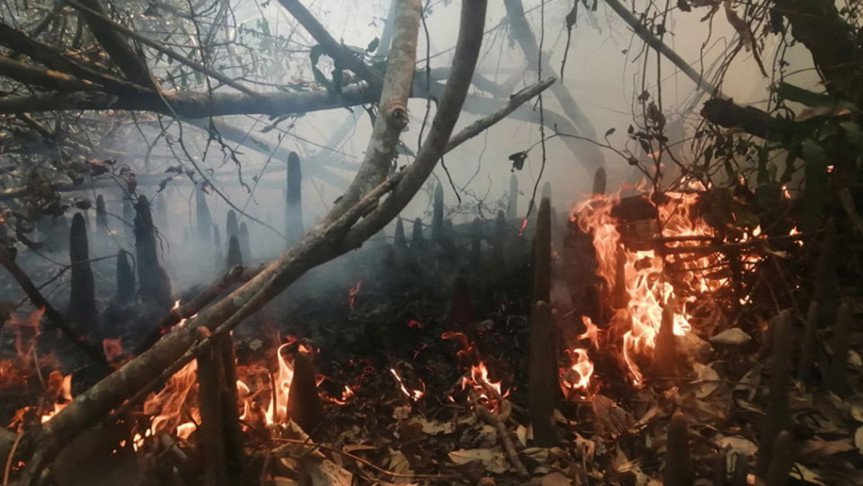 A fire broke out again at Daser Bharani point of Sharankhola range in the Sundarbans East Division on Wednesday.

The fire originated in the south side of the previous point around 10am.

Earlier on April 3, a fire broke out at Daser Bharani point.

Members of Fire Service and Civil Defence and Forest Department with the help of local people put out the flame after 30 hours of hectic efforts.

Water are being taken from the Bhola River through 25 delivery pipes for putting out the blaze, he added.
37
Share

Himesh Reshammiya is back with a new album titled Surroor…

Vijay’s Master tops the list of most popular Indian…

China’s repression of Muslims is crimes against…