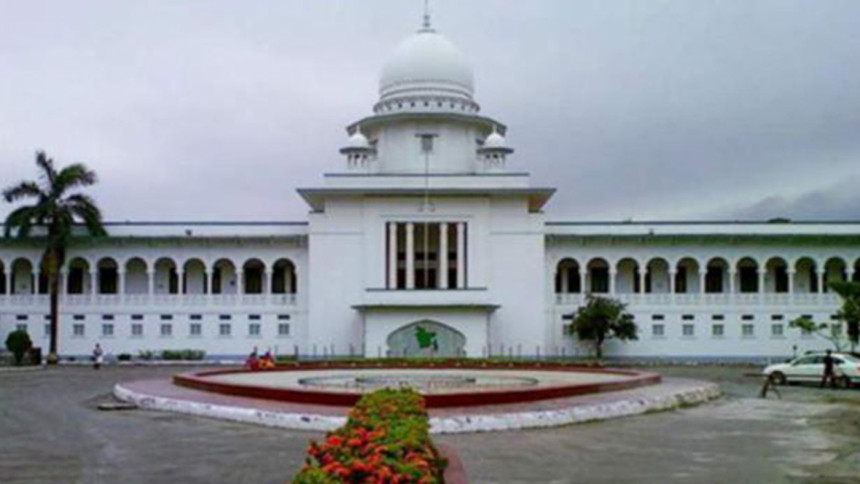 The High Court yesterday said some corrupt people plunged the country into crisis and they must be brought to book.

“Development has taken place in the country and more is underway. We have seen structural developments, including thermal power plants and sophisticated roads, in the southern region and felt as if we are not in the country. But problems are created due to the corrupt persons,” said the bench of Justice Md Nazrul Islam Talukder and Justice Khizir Hayat Lizu.

The bench made the comments while hearing a rule issued on April 7 in response to a writ petition over the allegations of embezzlement and laundering of money deposited by customers of e-commerce platform, E-Orange.

The bench said according to the report, they (Sonia Mehjabin, founder of controversial e-commerce platform E-orange, and her relatives and associates) have withdrawn a huge amount of money, but there are no specific findings in the report about where the money went, who are the beneficiaries and where the money was used.

The court is not also satisfied with the compliance reports submitted by the inspector general of police and the Anti-Corruption Commission on the issue.

The HC ordered the BFIU, IGP and ACC to submit further reports, specifying all these issues within 30 days.

He said Sonia’s husband Masukur Rahman, who is the chief executive officer of E-Orange, and her uncle Mohammad Zayedul Firoz are now in jail in money laundering-related cases.

On November 2, the BFIU submitted a report to the HC bench through its lawyer Shamim, saying that Sonia took advance payment from customers luring them with hefty discounts and then purchased a plot of land and flat with over Tk 9 crore. Her relatives also purchased properties with customers’ money.

On April 7, the HC bench led by Justice Md Nazrul Islam Talukder directed the BFIU to conduct a probe into the allegations of embezzlement and laundering of the money by the e-commerce platform.

The court also issued the rule asking the authorities concerned of E-Orange and the government to explain why they should not be directed to bring the laundered money back home and distribute among the depositors.

I remember nothing about him: Tabu on why she won’t use father’s surname