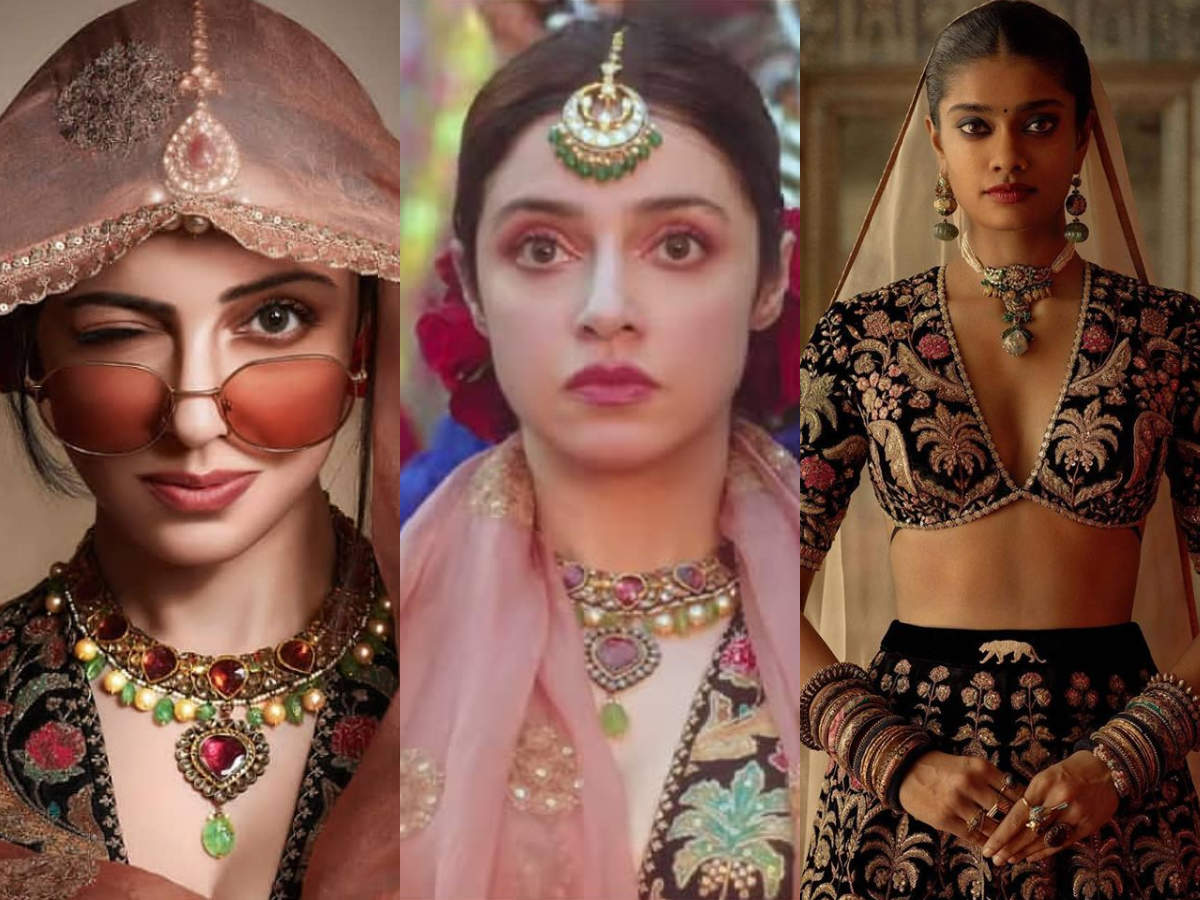 In the last couple of days, many popular faces from the entertainment industry have come out in the support of television actor Pearl V Puri. The telly star was arrested on Friday, June 4, by the Waliv police, for alleged rape and molestation of a minor girl. Since then he has been sent to judicial custody.

Recently, Bollywood actress Divya Khosla Kumar pleaded his case on social media. She had earlier shared a post in which she claimed that Pearl is innocent and the minor girl’s father has been ‘tutored by her father’. Yesterday, Divya shared another post in which she demanded Pearl’s release on bail as he has no one to fight his case.

Divya wrote, “There were sm comments on my handle that why I’m trying to be the judge myself in the #pearlVpuri case..well let me update you all a little further…Pearl’s father passed away a few months back, his mother is suffering from a life-threatening disease…Rape charges of a 5ys old have been put on Pearl for which there is no bail under the POCSO act.. now, who will fight his case for him…who will hire a lawyer for him & look into all intricacies…”

She then added, “His ailing mother is a senior citizen & starts crying every few seconds…He’s ready to fight his case & prove his innocence but atleast release him on bail. He’s not running away anywhere but why snatch the basic human right from him to defend himself? WHY????”

Take a look at the note shared by Divya Khosla Kumar: 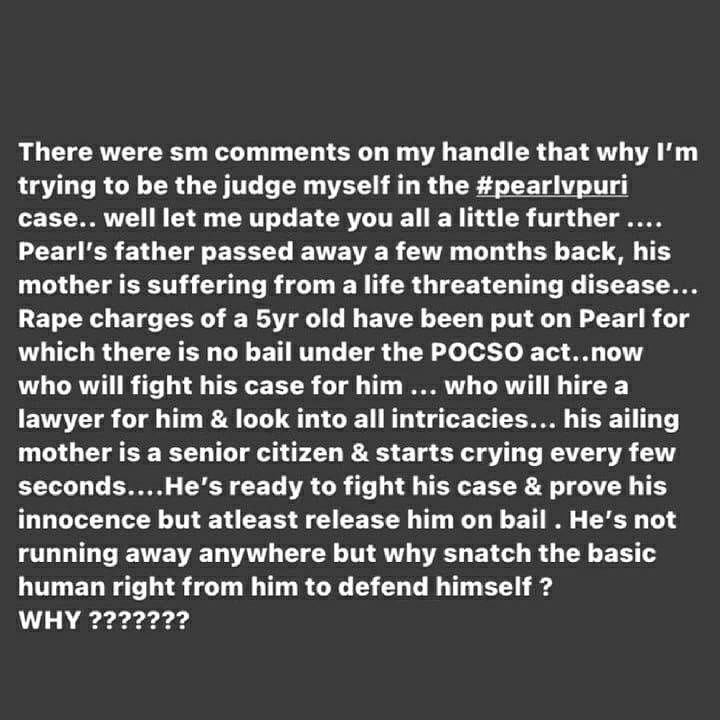