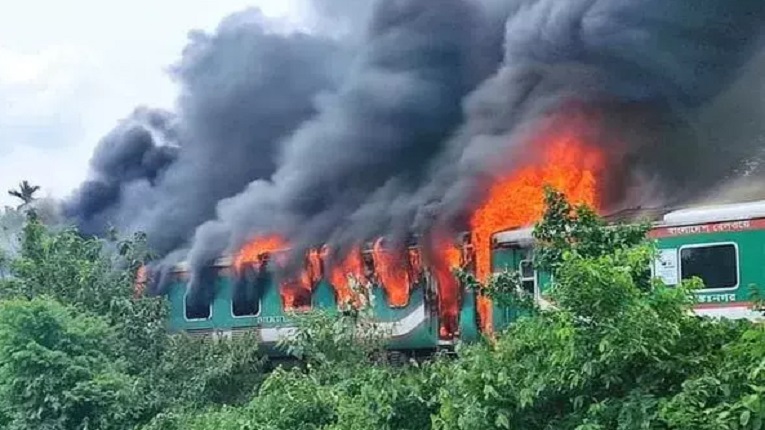 Rail communications between Sylhet and Dhaka has been restored after four hours of disruption.
A fire broke out from the power of the train on ‘Parabat Express’ train in Chowk Kabiraji area under Kamalganj upazila of the district at around 12:45pm, stopping rail link on the Dhaka-Sylhet route till 5 pm.

Later, 4 units of the fire service brought the fire under control.

Moulvibazar district administration has formed seven-member investigation committee. It has been directed to submit the investigation report within thenext 7 working days.

However, the extent of damage caused by the fire is not yet known.

Judiciary to be fully digitized within 2 years: Palak