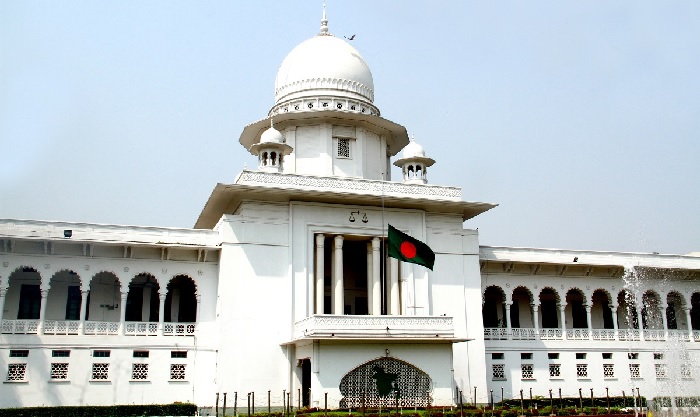 The High Court on Sunday observed that controlling the constitutional right to freedom of movement at the whim of an individual or an authority is ‘unconstitutional.’.

The observation was made in the full verdict on a writ petition filed by Ataur Rahman of Narsingdi challenging the restriction imposed by Anti-Corruption Commission (ACC) on going abroad by any person who is charged in a corruption case.

The 12-page full verdict delivered by the HC bench of Justice M Enayetur Rahim and Justice Md Mostafizur Rahman, was published on the Supreme Court website on Sunday.

In the observation of the verdict, the court said the fact is that in the search or investigation stage, many suspects or accused are leaving the country on various pretexts. Later, it is no longer possible to bring them to book.

In view of these realities, it has become necessary to enact laws or regulations to prevent any persons who are involved in corruption or money laundering, or any other cases, from leaving the country at the stage of investigation.

The court said that at present there is no specific law or rule against suspects or persons accused in corruption allegations or cases, that can ban them from leaving the country.

In the verdict, the court said a specific law or rule needs to be formulated to this effect soon. It noted that the special judges’ courts concerned, not the ACC, will decide whether corruption suspects or persons accused can go abroad, until a law is enacted to that effect.

“It hopes that the AACC and the ministries concerned will take necessary steps in this regard,” the HC bench said.

In that law or rule, in addition to banning the suspect, the reason for barring him from leaving the country is to inform him as soon as possible, giving the aggrieved person the opportunity to object to the action taken against him. Imposing such restrictions on anyone indefinitely is unconstitutional and inhumane. So it would be fair to set a deadline, the court also said.

However, the Chamber Judge of the Appellate Division on March 28 upheld the High Court verdict, not responding to the petition filed by the ACC seeking stay on it.