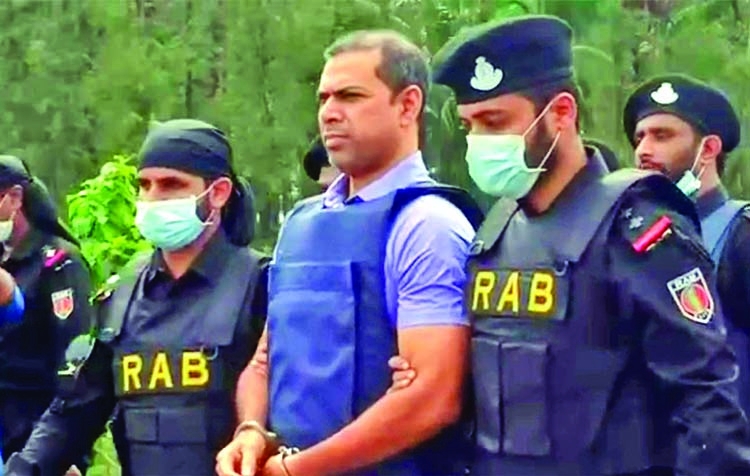 A Chattogram court  on Tuesday asked the deputy commissioners of Cox’s Bazar and Chattogram to confiscate the assets of former OC of Teknaf Model Police Station Pradeep Kumar Das and his wife in a graft case.

ACC filed the case against sacked OC Pradeep, now in jail in Major (Retd) Sinha murder case,  and his wife for amassing wealth worth Tk 4 crore  on August 23.

Emran Hossain, court inspector, said the court ordered to confiscate the assets Pradeep and his wife and appoint a receiver.

After a long investigation, the ACC reportedly found information that the couple acquired assets worth more than Tk 4 crore illegally.

Govt will spend any amount required to purchase vaccine: PM