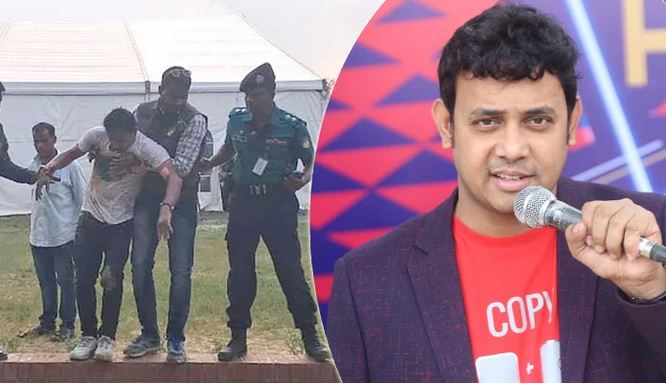 They were taken to the hospital on Friday night.

SM Ayub Hossain, the hospital resident doctor, said, “One of Rony’s ears and the respiratory tract were burnt during the gas balloon explosion. Twenty-five per cent of his body are burnt while 19 per cent of Zillur.”

Rony and Zillur have been shifted to High Dependency Unit (HDU) following deterioration of their condition, he added.

Meanwhile, a probe body has been formed by Gazipur Metropolitan Police (GMP) to investigate the gas balloon explosion that left Abu Hena Rony and four others injured on Friday.

Five people, including Rony, were burnt in gas balloons explosion in a programme at Gazipur Police Lines field on Friday afternoon marking the fourth founding anniversary of the Gazipur Metropolitan Police (GMP).

They were first taken to the Shaheed Tajuddin Ahmed Medical College Hospital. Later, Rony, Mosharraf Hossain and Zillur were shifted to the Sheikh Hasina National Institute of Burn and Plastic Surgery with critical injuries.

UN calls for urgent halt to arms sales to Myanmar

No more first, second COVID doses after Oct 3 in country