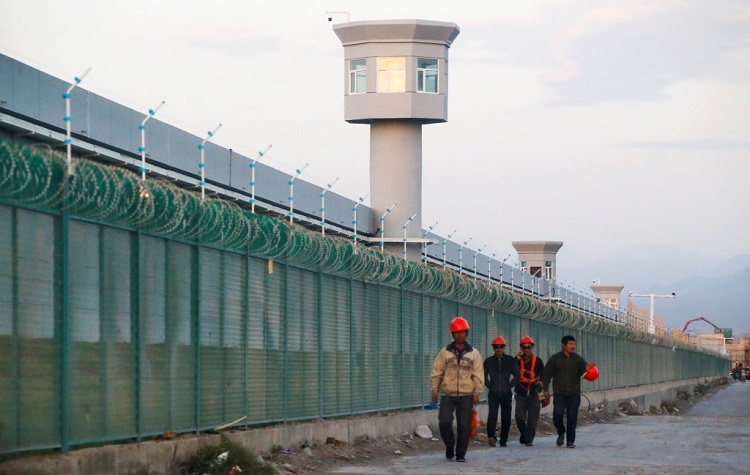 China warns firms not to engage in politics over Xinjiang

Chinese officials on Monday said Sweden’s H&M and other foreign companies should not make rash moves or step into politics after the companies raised concerns about forced labour in Xinjiang, sparking a furious online backlash and boycotts.
H&M, Burberry, Nike, Adidas and other Western brands have been hit by consumer boycotts in China since last week over comments about their sourcing of cotton in Xinjiang. The growing rift comes as the United States and other Western governments increase pressure on China over suspected human rights abuses in the region.
“I don’t think a company should politicize its economic behaviour,” said Xu Guixiang, a Xinjiang government spokesman, at a news conference on Monday morning. “Can H&M continue to make money in the Chinese market? Not anymore.”
“To rush into this decision and get involved in the sanctions is not reasonable. It’s like lifting a stone to drop it on one’s own feet,” he said.
H&M did not immediately respond to a request for comment.
Chinese social media users last week began circulating a 2020 statement by H&M announcing it would no longer source cotton from Xinjiang.
H&M said at the time the decision was due to difficulties conducting credible due diligence in the region and after media and human rights groups reported the use of forced labour in Xinjiang – a charge that Beijing has repeatedly denied.
Elijan Anayat, another Xinjiang government spokesman, said during the briefing that Chinese people did not want the products of companies such as H&M and Nike that have boycotted Xinjiang’s cotton. He said he would welcome companies taking trips to the region’s cotton fields to see them for themselves.
149
Share

‘Do you miss me yet?’ Trump asks wedding party