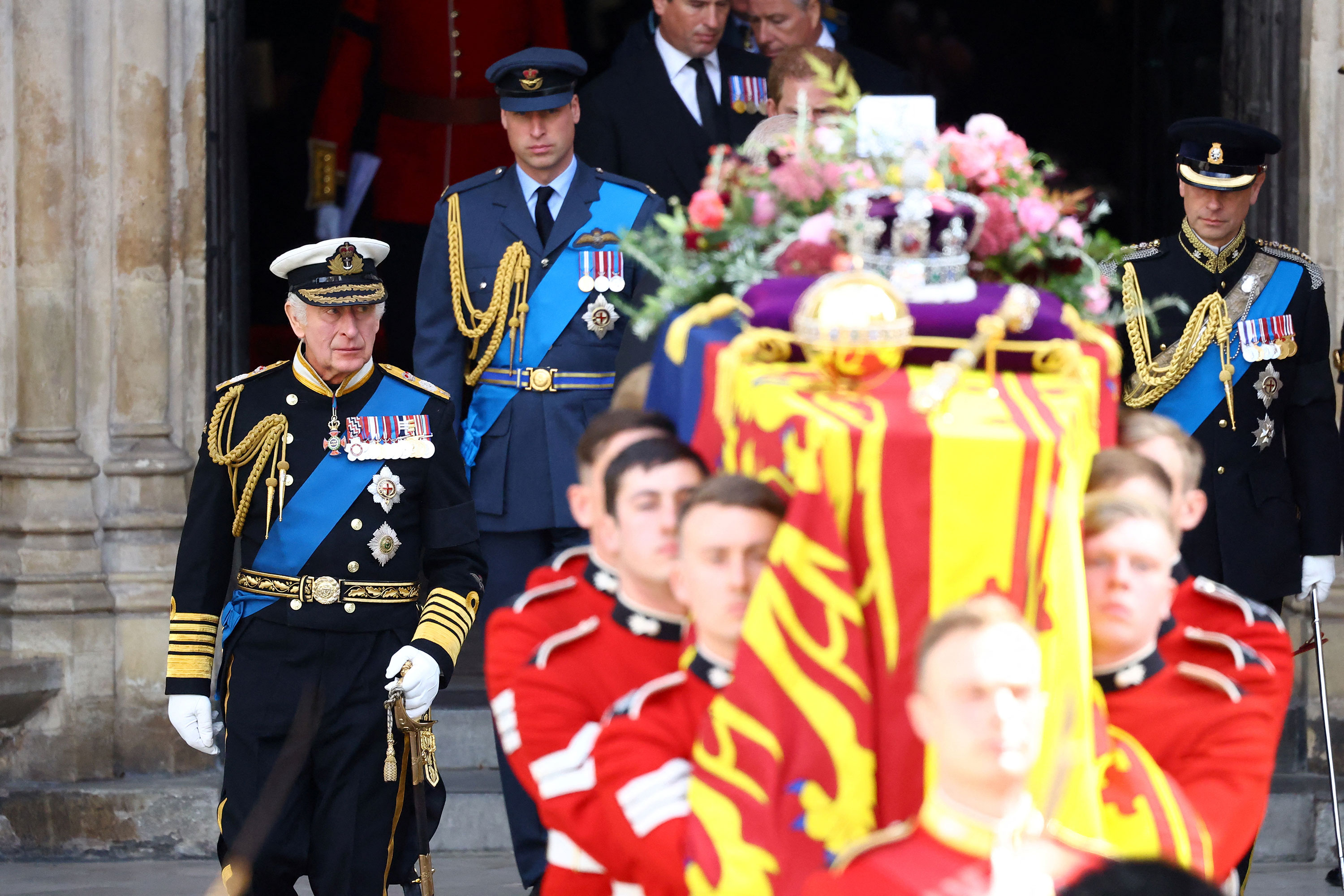 Britain and the world bid adieu to Queen Elizabeth II

Britain said farewell to Queen Elizabeth II on Monday at a state funeral attended by world leaders, before a historic last ceremonial journey through the streets of London packed with sorrowful mourners.
Huge crowds gathered in near silence to watch as the queen’s flag-draped coffin, topped with the Imperial State Crown, her orb and sceptre, was carried slowly to a gun carriage from parliament’s Westminster Hall where it had lain in state since Wednesday, AFP reports.

To the tune of pipes and drums, the gun carriage — used at every state funeral since Queen Victoria’s in 1901 — was then drawn by 142 junior enlisted sailors in the Royal Navy to Westminster Abbey.

The thousand-year-old church’s tenor bell tolled 96 times at one-minute intervals — one for every year of her life — stopping a minute before the service began at 11:00 am (1000 GMT).

In his funeral sermon, Archbishop of Canterbury Justin Welby praised the queen’s life of duty and service to the UK and Commonwealth.

“But in all cases, those who serve will be loved and remembered,” the Anglican leader added, before the coffin was borne on another procession towards her final resting place in Windsor Castle, west of London.

The longest-serving monarch in British history died at Balmoral, her Scottish Highland retreat, on September 8 after a year of declining health.