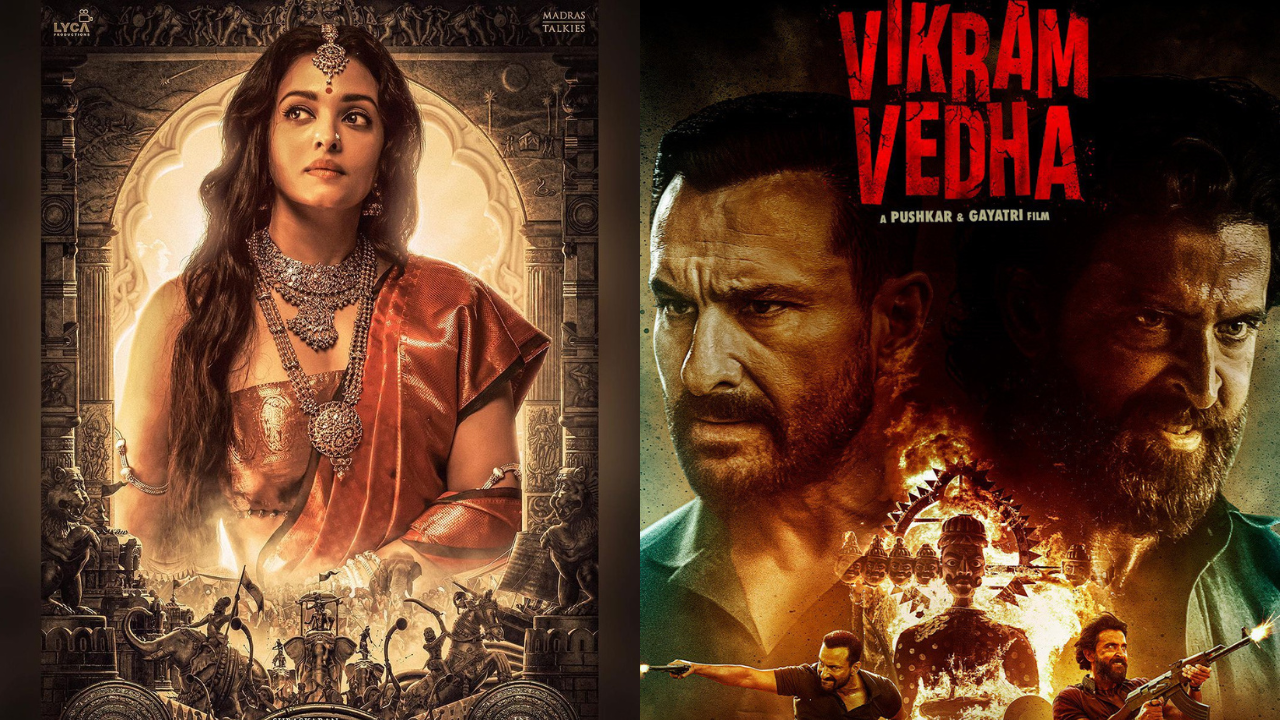 Mani Ratnam’s Ponniyin Selvan 1 and director duo Pushkar and Gayatri’s Vikram Vedha both released in theatres on September 30. While PS1 has an ensemble of heavyweight stars in Aishwarya Rai Bachchan, Chiyaan Vikram, Karthi etc, Vikram Vedha is headlined by two of Bollywood’s biggest in Hrithik Roshan and Saif Ali Khan.
Even though Vikram Vedha released in a total of 5640 screens across the world, with 4007 in India and 1633, overseas, latest reports suggest that Ponniyin Selvan 1, which released in lesser screens is faring better.
Related News
PS 1 star Karthi Sivakumar looking forward to watch Vikram Vedha Hrithik heaps praise on Mani Ratnams magnum opus