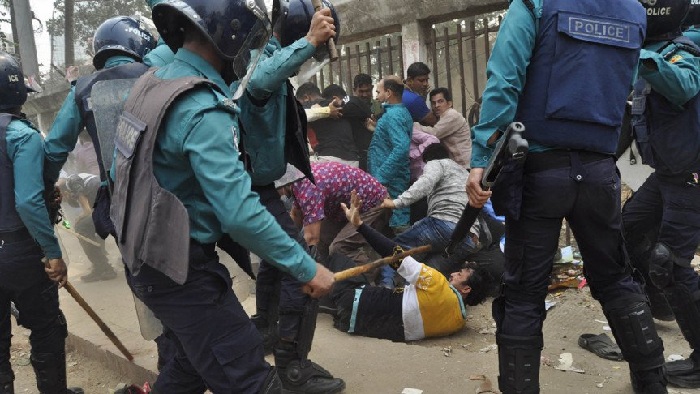 Nine BNP leaders and workers who were arrested in two cases filed over involvement in clash with police at Jatiya Press Club premises in the capital have been sent to jail by a court after their remand was over.

He said producing the nine accused before the Dhaka’s Chief Metropolitan Magistrate (CMM) court after their remand, the investigation officer (IO) of the case pleaded for keeping them in jail. After the hearing was over, the judge ordered to send the accused to jail.

Earlier on February 18, the court placed the each of the nine accused on a two-day remand. On February 14, 29 other accused were sent to jail following their remand.

The case files reveal that on February 13 last, BNP convened a rally at the Jatiya Press Club premises in protest against stripping of late President Ziaur Rahman’s ‘Bir Uttam’ gallantry title. On that day, a clash broke out between police and BNP activists. At one stage, the BNP leaders and workers started hurling brickbats targeting police and a chase and counter-chase happened. Police later filed a case in connection with the incident.