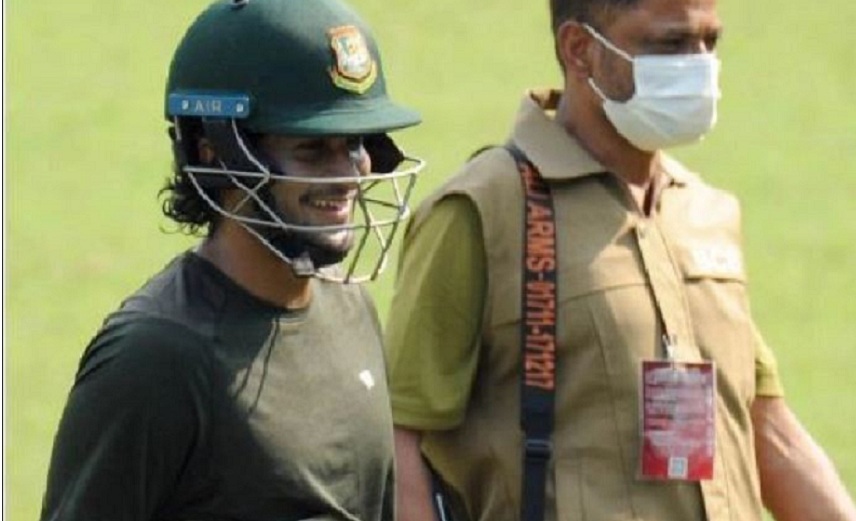 In an unprecedented move, the Bangladesh Cricket Board (BCB) has appointed an armed guard for Shakib Al Hasan.

The national allrounder has recently received a death threat from a man named Mohsin Talukder.

In recent years, BCB never appointed an armed guard for any local cricketer. However, they did so for the foreign members of the coaching staff.

Nizamuddin Chowdhury, the CEO of BCB, confirmed the news saying, “Shakib received a death threat on social media, and we decided to take step to ensure his safety. Therefore, we appointed a gunman who will stay with Shakib.”

Shakib visited Kolkata on November 12 reportedly to inaugurate a Hindu ceremony which has created reaction among some people.

He was invited by Paresh Paul, a member of the legislative council in West Bengal government of India. Shakib, however, in a live session on his social media, denied the claim of inaugurating any ceremony.

In the social media live session, Shakib claimed himself a “proud Muslim” and urged for unconditional apology to “the people who he might have hurt”.

Mohsin, a man from Sylhet who had threatened Shakib of death, was arrested by a law enforcement agency. He appeared on a social media live session with a knife and threatened the allrounder, reports UNB.