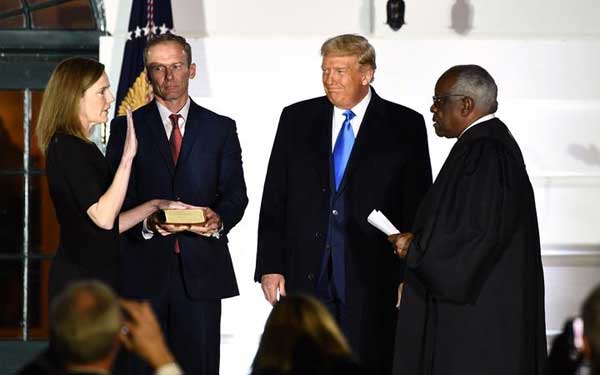 US President Donald Trump hailed his nominee Amy Coney Barrett’s confirmation Monday to the Supreme Court as “a momentous day for America,” in a ceremony coming just eight days before the presidential election.

“This is a momentous day for America, for the United States Constitution and for the fair and impartial rule of law,” the president, standing alongside Barrett, said before beaming lawmakers and others who had gathered on the South Lawn of the White House, reports AFP.

The deeply divided chamber voted 52 to 48, largely along party lines in the Republican-controlled Senate, making Barrett the third Trump nominee to reach the high court and cementing a six-to-three conservative majority.