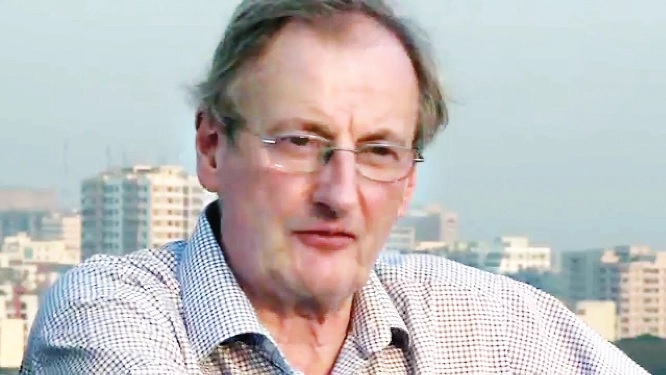 Renowned British journalist Simon Dring died on Friday while undergoing an abdominal surgery at a London hospital, He was 75.

It was Dring, who first presented the genocide of the Pakistan Army on March 25, 1971, in Dhaka to the world.

Simon Dring, revered as a “true friend” of Bangladesh covered the horrors of the country’s war for independence in 1971.

He left behind his partner Fiona, two children, and so many well-wishers.

Born in 1945, Simon Dring was a television producer, and presenter. He worked for Reuters, The Daily Telegraph, BBC Television, Radio News, and Current Affairs, in his 30 years career, covering major stories and events including 22 wars and revolutions around the world.

In 2000, Ekushey TV was established in Bangladesh under his leadership.
18
Share

Five Eid Jammat to be held at Baitul Mukarram mosque