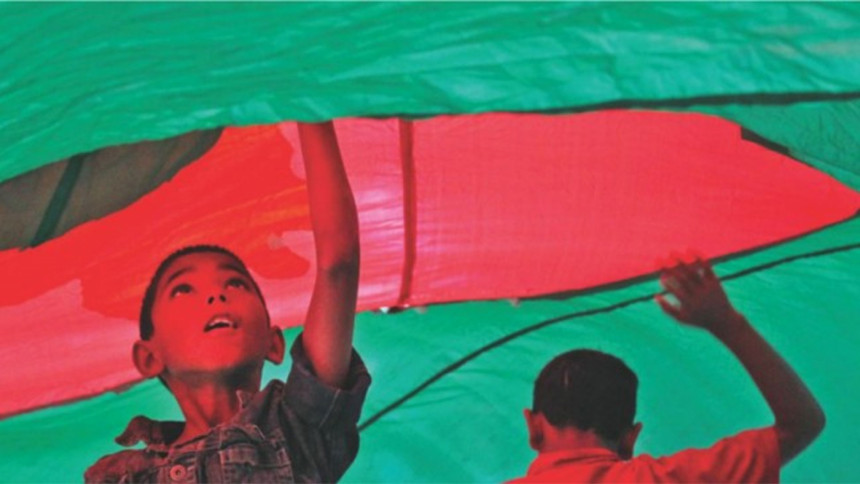 With broad-basing of its industrial sector, Bangladesh could well be the tiger economy of the future, according to former Indian diplomat Ambassador Sarvajit Chakravarti.

Bangladesh has given itself a roadmap – Vision for 2041 – aimed at ending absolute poverty and graduating into higher middle-income status by 2031 and becoming a developed nation by 2041, he said. The country is making progress in several social and economic sectors, he added.

From agriculture to pharmaceuticals and from shipbuilding to garments, Bangladesh’s industrial base is diversifying and its exports are increasing, said Chakravarti, who had served as India’s diplomat in Dhaka twice, in an interaction with PTI journalists in its office at Kolkata.

“Bangladesh has made excellent progress in education, healthcare and basic social services. I see Bangladesh as a future tiger economy,” Chakravarti added.

However, he said, this is dependent on India for some food items such as wheat and lentils. Shortages in India often result in stalling of these exports to the detriment of people in both the countries, reports our New Delhi correspondent.

“From when (US Secretary of State Henry) Kissinger called it a basket case’ in 1971 to a country that has exceeded India in per capita income (last year), Bangladesh has come a long way. It is justified that there is a lot of pride associated with Padma bridge and the international agencies that had refused to fund it are now congratulating Bangladesh on its completion, he said.

The Padma Bridge will considerably reduce travel time from India to Bangladesh, will boost tourism traffic and improve delivery services from both sides. It shows the positive effect increasing exports can have on a country’s economy (by generating development resources), Chakravarti added.

Chakravarti suggested India try to make Rupee a legal tender in the country as it is in Nepal and Bhutan so that the entire region can be treated, to an extent, as an integrated economic entity in terms of supply of essential services like food.

As the connectivity between the two neighbours is increasing via rail, road and river routes, container trucks from Bangladesh can be allowed to move to Mumbai, Ahmedabad and other ports in western India to make its shipments to Europe easier, he said.

Now, Bangladeshi ships go to Europe via Colombo. The use of western Indian ports will cut that distance considerably, he said.

On the Teesta water-sharing issue, Chakravarti said Bangladesh has been “very kind” in not making it the central part of its relationship dialogue with India.

An agreement on Teesta has been steadfastly opposed by West Bengal Chief Minister Mamata Banerjee on the ground that it would affect the state’s interest as there is not enough water to share on a guaranteed basis.

Chakravarti said the issue could be solved by linking Teesta and Jamuna in Bangladesh via a canal.

“My suggestion is to build a canal from there to the Teesta and re-circulate the water,” he said.

In the process, the water volume will increase, and there is potential for irrigating the inter-riverine area and generating electricity, he said adding that the entire canal will be in Bangladesh.

In reply to another question, he said Bangladesh has several advantages over India.

“It is mono-lingual even as a multi-ethnic society. So, there are fewer social conflicts (compared to India). It also traditionally has a culture of mutual support and toleration. The Baul-Fakiri tradition grew up there,” he said.

The government of Prime Minister Sheikh Hasina has been far stronger and more proactive in dealing with religious conflicts there, Chakravarti said.

“Every time we hear of any atrocity on minorities, it is quickly followed by government action to prevent its spread and by civil society protests,” he said.

Bangladesh has provided skill training and is exporting its manpower to the extent possible as they do not have enough land to live on, he said adding that West Bengal and many Indian states can take a cue from that.

Thor: Love and Thunder shows Marvel might have lost their Spark