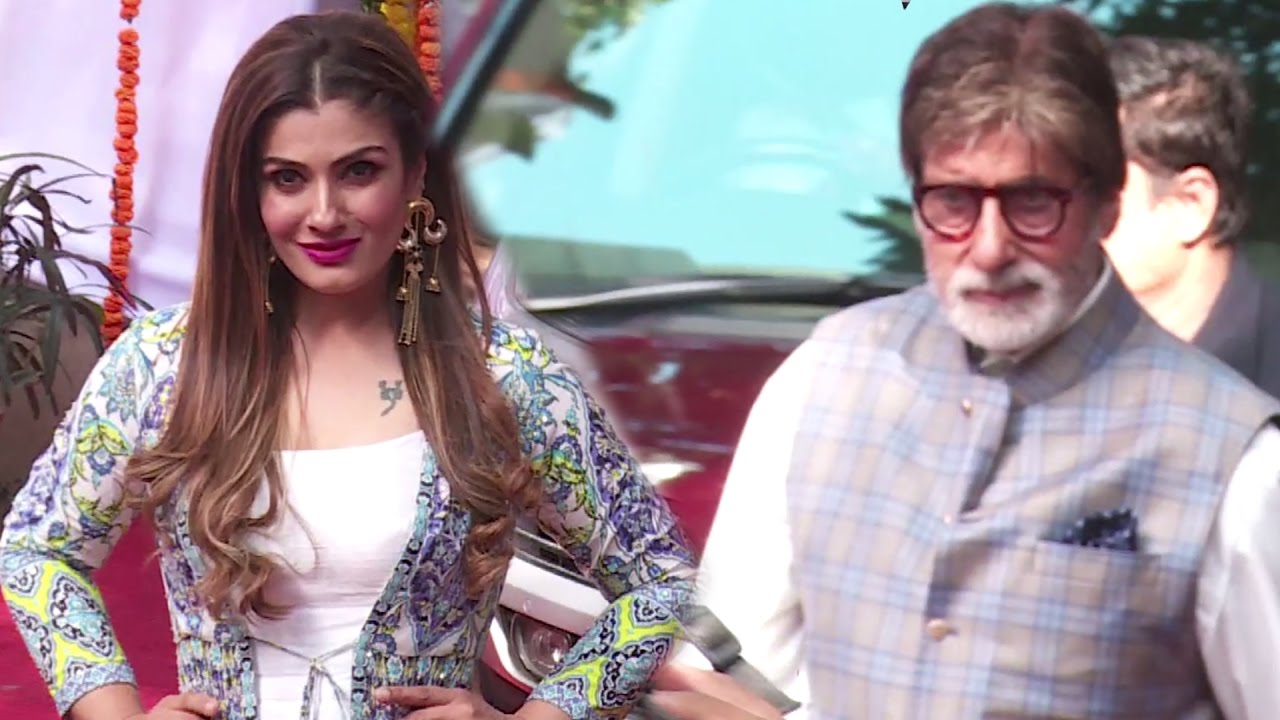 For the 5 months, Kaun Banega Crorepati 12 has been making our dinner table conversations more interesting than ever. Sitting with your loved ones and juggling over what the right answer is a joy that the Amitabh Bachchan-led show provides to one and all. There is no episode that lags on entertainment quotient and the latest one was no exception. Instead, tonight’s episode (January 08, 2020) was high on entertainment as 90s heartthrob Raveena Tandon graced the hot seat.

Tonight was the weekend special episode wherein people who have contributed actively to any social cause take up the hot seat alongside a celebrity. Raveena took over the hot seat with contestant Anoop Khanna as a way to assist him with the questions. While she played fantastically with both the contestants and backed them at all times, it was the cordial bond that she shared with show host Amitabh that grabbed our attention.

When the buzzer for the show to end pulled, Amitabh Bachchan applauded the two karamveer contestants. He complimented that contestants using the chaar chaand lagana idiom. And while doing so, he pointed at Raveena calling her the ‘chand’ of the show. This left the actress weak in the knees and she fell short of words.

Raveena and Amitabh shared the silver screen back in 2001 in Rakesh Omprakash Mehra’s Aks alongside Manoj Bajpayee. Raveena has heaped praises on Amitabh whenever she has had the opportunity. In tonight’s episode, the tables turned as it was the Shahenshah actor who left the actress blushing.

Deepika Padukone reveals who she is closest to, and it is not just hubby Ranveer Singh

Freedom ends when someone spreads falsehoods, hurt others: Joy