Actors Akshay Kumar and Sara Ali Khan on Friday started shooting for their upcoming film ‘Atrangi Re,’ and shared the first glimpse of their characters from the film with their fans.

Both Khan and Kumar took to Instagram to share the picture that features the two in the ‘Atrangi Re,’ avatar.

“The joy brought by those three magic words is unmatched: Lights, Camera, Action. Begun shooting for #AtrangiRe by @aanandlrai. Need all your love and best wishes,” actor Akshay Kumar stated in his Instagram caption. 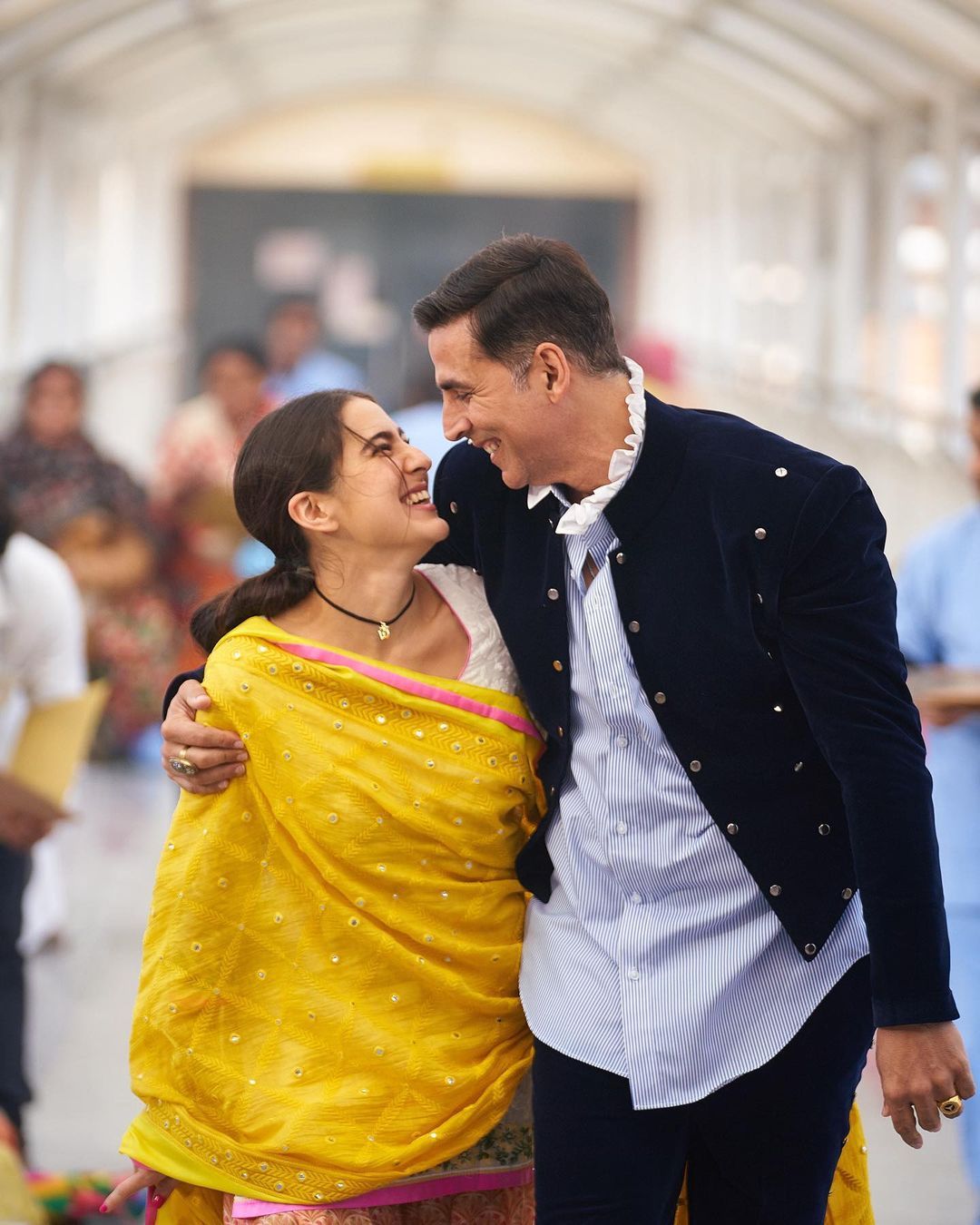 ‘Kedarnath,’ actor Sara Ali Khan on the other hand expressed excitement to be working with the superstar on the project which is being dubbed as an AR Rahman musical.

“AtrangiRe becomes more Rangeen! @akshaykumar so privileged, excited and thankful to be working with you,” the ‘Love Aaj Kal,’ actor wrote.